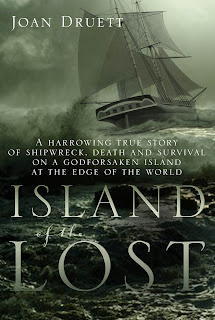 THE ISLAND OF THE LOST Joan Druett
Allen & Unwin $33.00 Publication 31 August.
As I have said before I favour subtitles for works of non-fiction as they often offer the browser an insight into the subject of the book which isn't otherwise apparent.
This title is an example and it has one of the longer subtitles I have come across:
The Island of the Lost:
A Harrowing True Story of Shipwreck, Death and Survival on a Godforsaken Island at the Edge of the World
See what I mean?!
I guess Auckland Island which lies more than 450 kilometres to the south of New Zealand, and where icy winds howl at ferocious speeds, can fairly be called a godforsaken place?
Certainly it must have semed that way to the crews of two ships that were wrecked there in 1864 on opposite sides of the island.
Using the men's journals, nautical records and newspapers of the time, New Zealand nautical issues author Joan Druett, tells of the very different expereinces of the two groups and their fight for survival. It is an amazing tale and says much about leadership, endurance and the fine line between order and chaos. 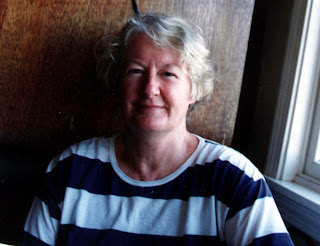 Even though she has nearly 20 books to her credit I had not heard of the author before and was interested to read that she literally fell into maritime history when she stumbled into the 140-year-old grave of a whaling wife on the island of Raratonga in 1984.
Her instant fascination in seafarers led to a Fulbright Award which was taken up in 1986 with a four-month research stint at the great maritime museums of New England and Hawaii, and was followed by three spells of delving in the archives of the Mitchell and Dixson Libraries in Sydney.
Eight books about seafaring women resulted.
In 1993, Joan began a two-year residency in New York, where she was intimately involved with an award-winning museum exhibit on seafaring women.
Returning to New Zealand, Joan became intensely interested in the maritime history of New Zealand and the wider Pacific. Island of the Lost is one result.
The first two titles in Joan’s Wiki Coffin adventure series, A Watery Grave and Shark Island, were released in New Zealand in paperback in July. She lives in Wellington with her husband Ron, a maritime artist.
Druett has won a number of book awards including a New York Public Library Book to Remember Citation and the John Lyman Award for Best Book of American Maritime History.
See her fine homepage for more.
You are invited to be SHIPWRECKED WITH JOAN DRUETT -
at 7.00pm on Tuesday 4 September.
Edmiston Gallery
Maritime History Museum
Cnr Quay and Hobson Streets, Auckland.
$5 per person
RSVP 373 0800 or bookings@nzmaritime.org
Posted by Beattie's Book Blog at 3:49 pm