Creating a legal framework for eBooks 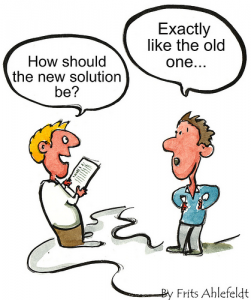 From publishing a book is an adventure.
The legal community is lagging behind when it comes to legislate about new technologies.
Last week, the European Union (EU) antitrust regulators today launched a formal investigation to determine if Apple and five book publishers — France’s Hachette Livre, German-owned Macmillan, U.K. publisher Penguin, and U.S.-based Harper Collins and Simon & Schuster – are guilty of price-fixing.
Antitrust officials suspect that the book publishers and Apple violated EU laws by entering into a cartel, the term for a multi-corporation agreement that fixes prices and production levels.

Back in August, the same charges were already directed towards the same publishers and Apple in the US.
Further back last March, the EU was raiding a number of publishers, including these 5 in a preliminary enquiry in allegations of price fixing.
As the EU has not set a timeline for concluding the inquiry into ebook practices by Apple and the publishers, the case could linger for years.

In addition to the price fixing battle, Google is also entangled in a four year long battle with the Author’s guild that leads a class action on allegations of massive copyrights infringement by Google through its Book Search project. 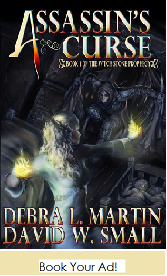 These are only a few facets on the numerous legal aspects of regulating the publishing world in the fast changing publishing world, both consisting of adapting existing laws to new technological supports.
If the history of the music business that had been seriously hurt by the advent of new technology and set copyright lawyers and music industry lobbyists scrambling to create legislations incorporating the new technologies and ways to enforce anti-piracy laws without infringing with free circulation of information, lawyers and lobbyists of the publishing world are unlikely to be on the dole anytime soon.
Not only are the laws concerning ebooks already behind on copyrights issues, as demonstrated with the class action suit against Google Book Search Project, but the technology for enhancing ebooks is still in infancy and lawyers will have a field day when trying to determine how to incorporate copyrights laws for text and for soundtracks and other still unborn technological gimmicks likely to become popular within ebooks.
With the increasing speed of technological advances allowing the spread of material on the Net, it is high time for the legal world to adapt and increase the speed at which they create an appropriate legal framework to accommodate for an ever changing world.
At the current speed, the ebooks price fixing case now opening in the EU is likely to be just a futile exercise as, by the time they reach a verdict, which might well take a decade or two, ebooks might be already passé, outclassed by a new, as yet unborn means of sharing books, music, pictures, movies, maybe tactile and olfactive smell sensations.
Keeping in mind that, already, scientists are experimenting telepathy chip since 1998 , and mind reading through MRI was already performed in 2008 , how is the legal system going to cope when these techniques, which are outside of the existing copyrights and related frameworks, are becoming commonplace, and one will be able to literally “sell his thoughts”?