Minding your manners in a modern world - Emily Post's Etiquette

If modern life is a battlefield, then everyday etiquettes are the mines hidden across it, many laid where you least expect them. So why, asks Greg Dixon, do people not tread more carefully?

When I discovered the Facebook page called "I Secretly Want To Punch Slow Walking People In The Back Of The Head", I felt I'd finally found my tribe.
And what a whacking great tribe it is, too. The last time I checked there were 22,029 people who, just like me, had made the not-so-secret declaration that they wanted to wallop dawdlers, stragglers, idlers and sluggards in the back of the scone because, well because they should get the hell out of the way.
Though of course we never would, wallop them, I mean. However, knowing that I was not alone in fantasising about giving slow walkers a clip was almost, though not quite, a consolation for having to weave my way around these blankety-blank people every single day of my life. But why should I have to dodge and sidestep around people who aimlessly wander our streets like feckless zombies? Should it not be the slow walker who makes sure he or she is not obstructing people walking at a normal pace? Of course it should be. 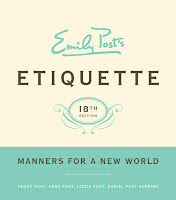 But we no longer live in an age where that central social courtesy - consideration of others - is done as a matter of course.