Judging the European Book prize for 2011

If you haven't heard of the European Book prize, you join a large majority. I hadn't either when asked a few months previously to act as president of its jury 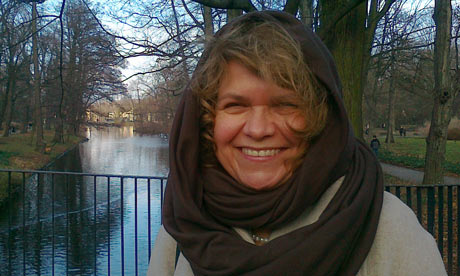 Chilling narrative … Anna Bikont, who won the European Book prize for Le Crime et le Silence. Photograph: Marcel Lozinski
Wednesday 7 December probably wasn't the ideal day to announce the winners of the 2011 European Book prize in Brussels. Domestically, Belgians were still pleasantly puzzled at finding themselves with a government: 541 days of stalemate had given way to the dapper, bow-tied figure of Elio Di Rupo, Belgium's first francophone leader in more than 30 years. Europeanly, everyone was preparing for the midnight Euro-summit (if not expecting David Cameron's pseudo-principled sulk). Indeed, the European Book prize wasn't even the biggest literary event in town that day: the Prix Victor Rossel, Belgium's Goncourt, was also being awarded. The newspaper Le Soir invited Bernard Pivot, longtime doyen of books on French TV, not just to present the awards but to guest-edit the whole paper.
If you haven't heard of the European Book prize, you join a large majority. I hadn't either when asked a few months previously to act as president of its jury. The prize, now in its fifth year, is the brainchild of Jacques Delors. It was Delors who once wittily remarked: "We have made Europe, now we must make Europeans." (Still work to be done there.) I wondered if there might be some parallel idea: we have created the European Book prize, now we must create the European book. The prize, I learned, "seeks to promote European values and contribute to a better understanding of the European Union by its citizens". If the Tory backwoodsmen had read that, they'd have demanded an additional opt-out to prevent the submission of British books for an award contaminated by such federalist values.
Full story at The Guardian.
Posted by Beattie's Book Blog at 6:09 am