Guardian first book award longlist takes in sex, death and quantum mechanics
• Ten debut works, including NZ title, span poetry, history and fiction• Judges begin process of choosing £10,000 winner
Mark Brown, arts correspondent,The Guardian, Friday 28 August 2009
A brutally honest account of life as a surgeon, with eye-opening stories of panic and incompetence that some of us might, in truth, not like to know about, is today named as one of 10 books in contention for this year's Guardian first book award.
Gabriel Weston's well-received memoir, Direct Red, addresses some fascinating questions, such as what is it like to cut into someone else's body? Or how do you tell a beautiful, seemingly fit young man that he will be dead in days?
The book is not an exposé, but it does shine a fascinating light on a hugely stressful profession full of big, mostly male, egos. Among the stories Weston tells is one of the time she panicked during a routine tonsillectomy, with so much blood filling the patient's mouth that the nurse was unable to suck it out quickly enough. When she asked for help, the consultant told her to just get on with it, which proved to be the best way forward.
Weston, who took an unusual route to surgery in that she graduated in English before realising medicine was her vocation, now lives in London and works as a part-time ear, nose and throat surgeon.
Her book is one of 10 longlisted for what is the only prize to honour debut books of all genres. Aside from surgery, the list takes in architecture, oil, mapmaking, Alzheimer's disease, high-school sex, and quantum mechanics. It includes four novels, four works of non-fiction, a short story collection, and a poetry collection.
Claire Armitstead, the Guardian's literary editor, who chairs the judging panel, said: "This year the longlist reflects the way in which the divisions between genres are shifting and collapsing and shows the energy and imagination with which the best new writers are confronting a world in transition."
Zimbabwean Petina Gappah, whose day job is in Geneva as an international trade lawyer, is nominated for An Elegy for Easterly, which tells the stories of real people living under Robert Mugabe's regime in Zimbabwe. Also telling an African story is A Swamp Full of Dollars, by Financial Times journalist Michael Peel, in which he travels to the oil-rich Niger delta.
Edward Hollis's The Secret Lives of Buildings tells the distinct and surprising stories of 13 very different buildings from Gloucester Cathedral to a Las Vegas casino complex. The other non-fiction book is The Strangest Man by Graham Farmelo, about one of the most brilliant scientific minds of the last century, Paul Dirac.
The fiction nominees include Samantha Harvey for her moving portrayal of an Alzheimer's patient in The Wilderness, and The Girl With Glass Feet, by Ali Shaw, which tells the magical story of Ida Maclaird, who is turning into glass.
The only poetry on the longlist is The Missing by Siân Hughes, a collection that deals with parenting, illness, loss, regret and ill-fated love.
The judges are BBC presenter Martha Kearney, poet and novelist Tobias Hill, writer Nadeem Aslam, political philosopher John Gray, and the Guardian's deputy editor, Katharine Viner. Stuart Broom of Waterstone's will represent five reading groups who are also working through all the books. The £10,000 winner will be decided in December. 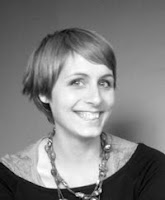