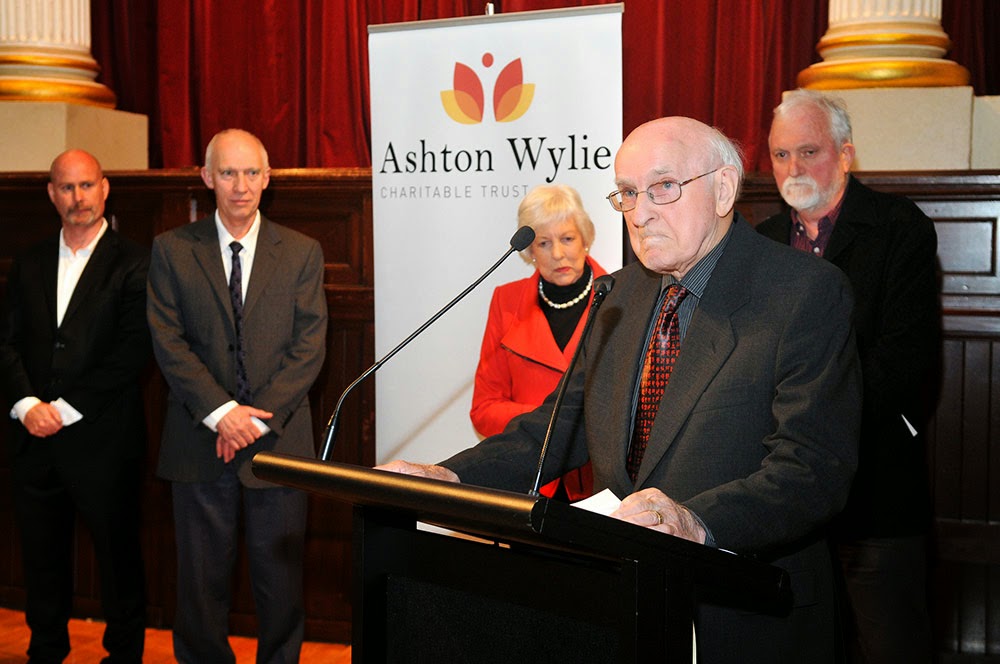 Wellington resident Sir Lloyd Geering placed first in the published book category of the Ashton Wylie Charitable Trust book awards, presented at Auckland’s Hopetoun Alpha venue on Friday 15 August.
Convenor of judges, Bob Ross, described From the Big Bang to God as well researched and presented. “This is a giant of a book in terms of depth of understanding and execution from one of New Zealand’s greatest theological thinkers. It presents a clear analysis of the evolution of the universe, life and humanity.”
This is the second time 96-year-old Sir Lloyd has taken top honours at the awards — the first was in 2010 with Such is Life! A close encounter with Ecclesiastes.
ABOUT THE ASHTON WYLIE CHARITABLE TRUST
The late Auckland businessman Ashton Wylie was a philanthropist with a wide range of interests particularly in the area of personal development and positive relationships.  He believed that if you wanted to change the world, you had to first change yourself.
The Ashton Wylie Charitable Trust was set up following Ashton’s death in 1999, with the focus of inspiring loving human relationships.
For further information visit: www.awct.org.nz
From the Big Bang to God
ISBN 978-1-927242-14-8
196 pages, A5
RRP NZD $29.99