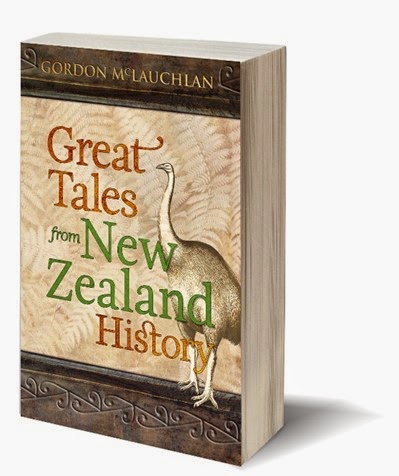 Gordon McLauchlan tempts our imagination with 46 little-known tales from New Zealand’s past. Here you will discover:

This collection of tales explores these and many more questions and issues which have fascinated New Zealanders and filled many a page in many a history book over the years. Gordon McLauchlan brings a fresh perspective on some old and often vexed periods in New Zealand’s history.

Gordon  McLauchlan is a well-known journalist, author and social commentator, a media commentator not afraid to speak his mind.
His previous books include: The Life and Times of Auckland (2008); The Saltwater Highway: The Story of Ports and Shipping (2012); The Passionless People (2012); and A Short History of New Zealand (2014).