8:15 Joan Baez
American musician, songwriter and activist Joan Baez has been performing and recording since the late 1950s. She will visit New Zealand for the first time in more than 20 years for performances in Auckland (29 August) and Wellington (31 August).
http://www.joanbaez.com/
http://www.ticketmaster.co.nz/joan-baez-auckland-new-zealand-29-08-2013/event/24004A84E2702C34
http://premier.ticketek.co.nz/shows/show.aspx?sh=JOANBAEZ13#.UZ6q3mdj7To

9:05 David Skegg
Professor Sir David Skegg is a New Zealand epidemiologist, and the President of the Royal Society of New Zealand. He is a former Vice-Chancellor of the University of Otago, and Professor of Preventive and Social Medicine.
http://www.royalsociety.org.nz/
http://www.otago.ac.nz/

9:45 Phoebe Hayman
Phoebe Hayman is the CEO of toy craft-kit design company Seedling NZ. The company's gnomes are being showcased in London this week at the centenary celebrations of the world's most famous gardening event, the Royal Horticultural Society Chelsea Flower Show, overturning the Show's long-standing prohibition on gnomes to raise funds for the Show's school gardening campaign.
https://twitter.com/SeedlingNZ
http://www.seedling.co.nz/
http://www.rhs.org.uk/Shows---events/RHS-Chelsea-Flower-Show/2013 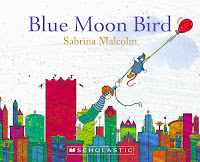 ***********
On Saturday 25 May 2013 during Great Encounters between 6:06pm and 7:00pm on Radio New Zealand National, you can hear a repeat broadcast of Kim Hill's interview from 18 May with Masha Gessen on Vladimir Putin and Russia.

From Monday 3 June to Friday 15 June, Kim Hill will co-host Morning Report while Geoff Robinson is on leave.

On Saturday 8 June 2013, Kim Hill's guests will include Bill McKibben and Wallace Chapman.
Posted by Beattie's Book Blog at 12:26 pm