The Beatles in Comics

A graphic history of the Fab Four. 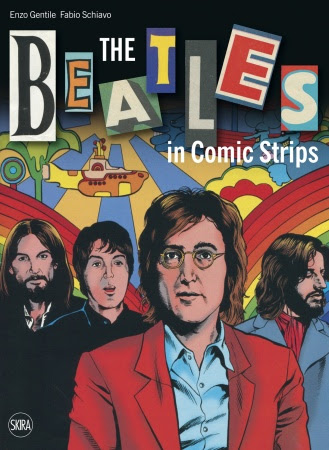 The Beatles were only together for a decade, yet they remain the most massive and enduring phenomenon in music culture some four decades after their breakup. On the heels of the Fab Four’s final photo shoot comes Beatles in Comic Strips (public library), edited by journalist and music critic Enzo Gentile — a fantastic collection of more than 200 rare cartoon strips dedicated to John, Paul, George, and Ringo, released this week on the fiftieth anniversary of their first single, “Love Me Do,” and joining the ranks of other fine graphic nonfiction. 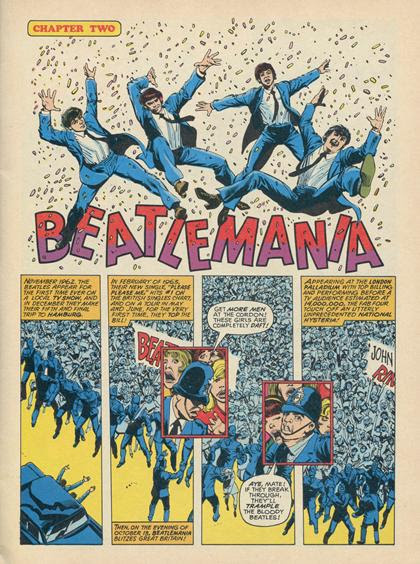 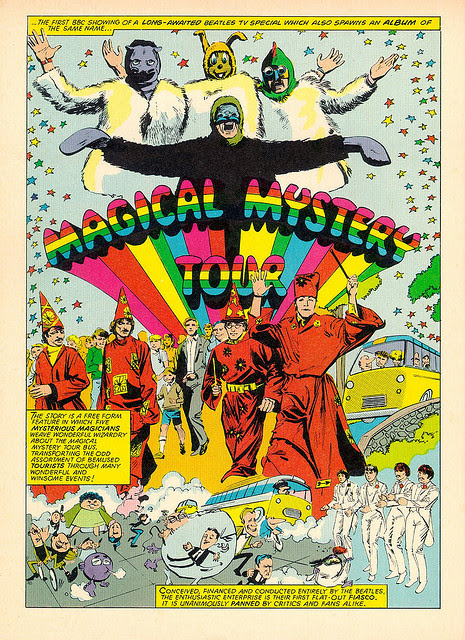 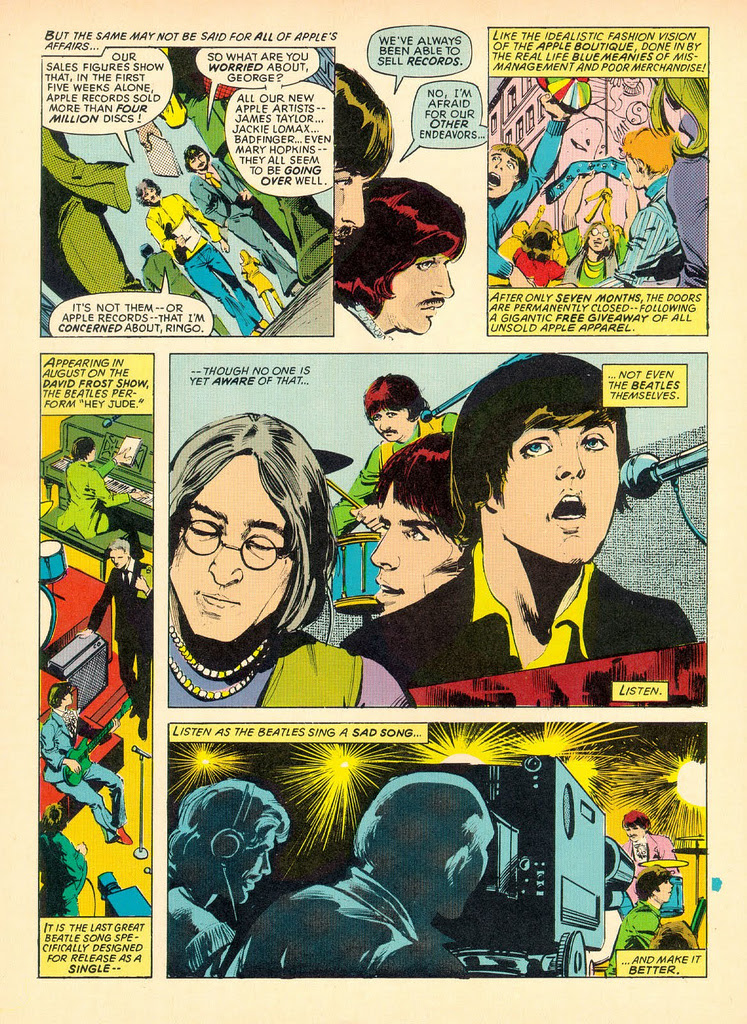 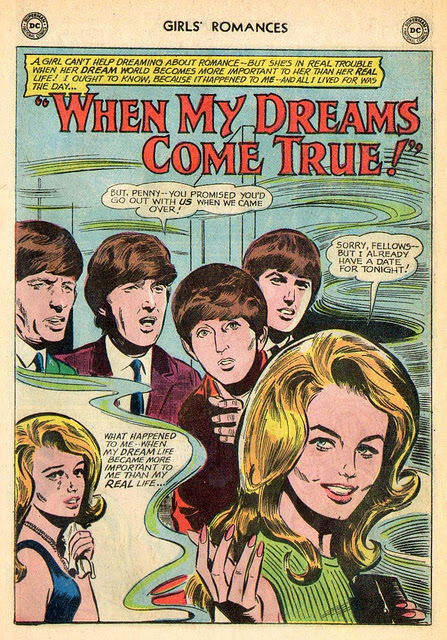 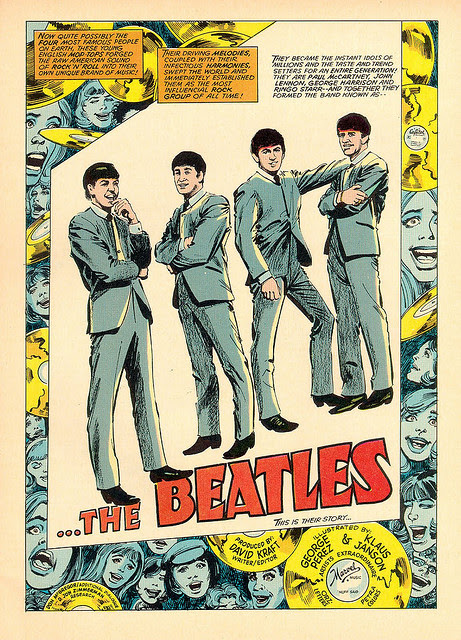 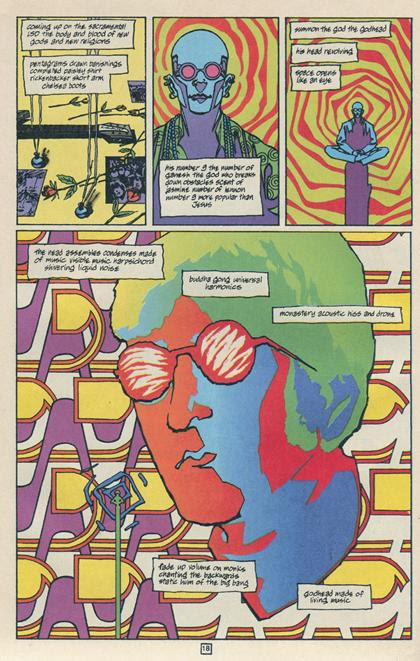 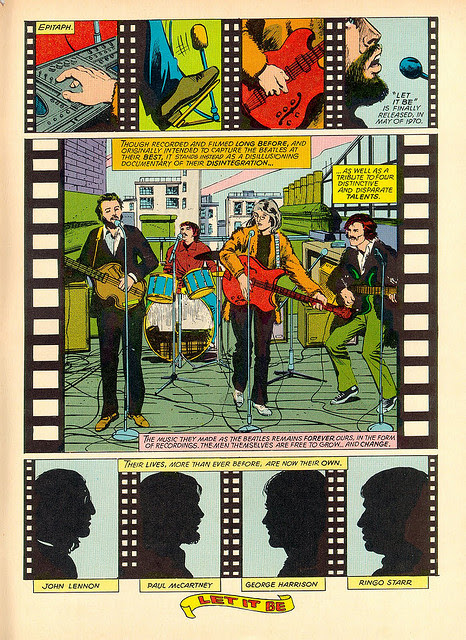 Beatles in Comic Strips is the grown-up Beatle geek’s counterpart to the lovely vintage children’s book We Love You Beatles, and is guaranteed to delight in innumerable ways.

↬ Whitney Matheson
You might also enjoy other Beatles features from Brain Pickings:

We Love You, Beatles: Vintage Children's Illustration Circa 1971

Harry Benson's Luminous Black-and-White Photographs of The Beatles, 1964-1966
Posted by Beattie's Book Blog at 5:53 am