Books for the Boys - Fathers Day coming up

Graham Henry – Final Word
Bob Howitt – Hardcover – Harper Collins - $49.99
Graham Henry reflects on a remarkable rugby coaching career having restored the All Blacks as holders of the Rugby World Cup. The book has caused something of a sensation following his account of the circumstances of the All Black loss in the RWC in 2007, something he has kept under wraps until now.
But the book is much more than that, it follows his career from school coaching days, to Auckland and the Blues, to Wales and finally to his long spell coaching the All Blacks. Fascinating stuff for rugby buffs supported with some great photos. 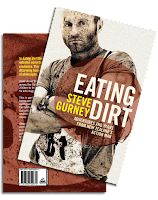 Eating Dirt – Adventures and Yarns from New Zealand’s Action Man
Steve Gurney – Paperback – Random House - $39.99
Steve Gurney is an adventurer, inventor and motivator. A qualified engineer, he is an ex-professional adventure athlete turned professional motivational speaker. Gurney won the ‘Coast to Coast’ race a record nine times and twice raced mountain bikes for New Zealand at the world champs. He once waxed his entire body for ‘Dancing with the Stars’ and was awarded an MNZM for his services to Endurance Sport. Eating Dirt is Steve Gurney’s second book.
Eating Dirt takes up the story where his bestselling autobiography Lucky Legs (2008) left off. Here, we find Gurney about to undertake his latest extreme adventures, including a world-record crossing of the Sahara Desert by kite-buggy, while trying to avoid land mines, terrorists, corrupt border officials, gear breakages and bone-breaking rocks — one of which almost took him out — and climbing Aoraki Mount Cook the hard way. 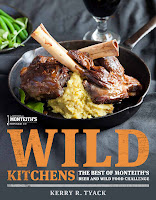 Fifteen years ago, ago, 12 adventurous chefs in restaurants along Auckland’s Ponsonby Road took a culinary plunge by agreeing to participate in a competition that would test their ability to firstly create two unique and unusual dishes and then pair them with beer.
The book contains the best recipes from the past 15 years of the challenge, along with innovative new recipes from well-known New Zealand chefs.
All the recipes have been adapted for the home cook by writer and beer aficionado Kerry Tyack, making them easy to create in your own kitchen along with a few more challenging recipes for the experienced home cook.
The book also includes an easy-to-use beer and food matching guide, emphasising one of the simple principles of the challenge: if you choose the right beer to accompany the right food, your enjoyment of both will be enhanced.

Cameron Petley is a father of five who lives in Putaruru. Before becoming one of the finalists in series two of MasterChef NZ, he worked at a chicken farm.

Hugely popular, Cameron is an unassuming country bloke who cooked what he caught and hunted for his family. What’s more, the judges thought he was a ‘genius with flavour’, able to understand what ingredients worked together perfectly — without any training at all. Judge Josh Emmet said that Cam’s venison was the best he’d ever tasted.
Although he didn’t win the series he was seen as the ‘people’s choice’ and considered to be unlucky to have been eliminated and there was a public outcry when Cameron was sent home and even a ‘bring back Cameron’ Facebook page started.
In his new book Cameron shares his stories and recipes with over fifty excellent recipes for fish, seafood, pork, lamb, beef and poultry plus there are some great yarns from Cam about how he got into hunting, what it was like for him growing up in New Zealand — riding horses bare-back with his cousins, going bush, catching eels — how he ended up auditioning for MasterChef and what has happened since — including meeting Rick Stein. 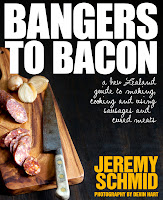 Bangers to Bacon - A New Zealand guide to making, cooking and using sausages and cured meats
By Jeremy Schmid, Photography by Devin Hart
New Holland– RRP $45.00
In Jeremy Schmid’s step-by-step guide to making, cooking and using sausages, ‘Bangers to Bacon’, one is introduced to the art of home curing and smoking using your own meat.
Jeremy wrote ‘Bangers to Bacon’ to share his passion for sausage-making, proving that the process is achievable at home with some practise and patience and your choice of beef, chicken, lamb, pork or venison. He shows how to get started; the basic equipment, lots of useful tips, simple to advanced recipes and step-by-step photos, you will take the meat and seasoning mix to the finished item, ready to cook and eat. Also included is a list of stockists and suppliers.
He starts with simple classics such as Bangers and Mash and Toad in the Hole,  and then goes on to Papperdelle in basil and garlic cream with Chicken Bratwurst to Dry-cured pork and potato gratin and even Hot-Smoked Venison Sausage and Artichoke Salad.
In my case I doubt I will ever make my own sausages but I am very keen on eating them if they are top quality and the book is full of wonderful mouth-watering recipes using sausages that I will buy from my butcher or deli.

An abridged version of the above mini-reviews appeared in the Herald on Sunday 26 August, 2012.
Posted by Beattie's Book Blog at 6:12 am

Surely the boys can do better than this!

Depends entirely on their/your taste. There are of course hundreds to choose from. Go in to your nearest indie bookstore and see for yourself. If my Dad was still alive I would give him the Graham Henry book or in the case of fiction the new Jack Reacher yarn, A Wanted Man by Lee Child, being published worldwide on 30 August.If all else fails give him a book token and let him choose for himself. Do give him a book though, not something for the garden!