Comments by novelist Sue Grafton, dismissing the 'short cut' of self-publishing, have provoked a storm of anger 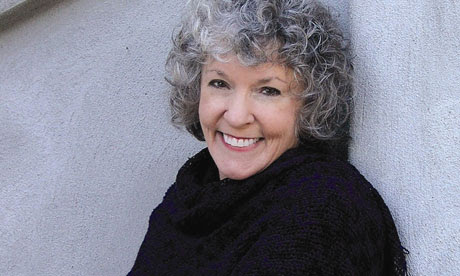 Sue Grafton: 'I am still learning'

Bestselling American crime novelist Sue Grafton has back-pedalled on her description of self-published authors as "too lazy to do the hard work" following disbelief and anger from the independently published community.

Speaking to her local paper earlier this month, Grafton, the author of the A is for Alibi, B is for Burglar series of "alphabet" crime novels starring detective Kinsey Millhone, advised young writers not to self-publish, because "that's as good as admitting you're too lazy to do the hard work". The self-published books she has read are "often amateurish", she said, comparing self-publishing "to a student managing to conquer Five Easy Pieces on the piano and then wondering if s/he's ready to be booked into Carnegie Hall".

Becoming an author, according to Grafton, is about hard work: "taking the rejection, learning the lessons, and mastering the craft over a period of time". Having had her first three novels rejected, she said she sees "way too many writers who complete one novel and start looking for the fame and fortune they're sure they're entitled to".

"To me, it seems disrespectful … that a 'wannabe' assumes it's all so easy s/he can put out a 'published novel' without bothering to read, study, or do the research," said Grafton. "Learning to construct a narrative and create character, learning to balance pace, description, exposition, and dialogue takes a long time. This is not a quick do-it-yourself home project. Self-publishing is a short cut and I don't believe in short cuts when it comes to the arts."

But Adam Croft, a British self-published thriller author who says he has sold 250,000 copies of his books in the last year, called Grafton's belief that taking the DIY route was lazy "outrageous". "The complete opposite is true," he said. "Self-publishing means finding your own proofreader, finding your own editor, finding your own cover designer (or designing your own), doing all your own marketing and sales work, etc. Having a publisher is lazy as all you need to do is write a half-acceptable book and allow your publisher's editor to make it sales-worthy. Self-publishers must do it all – we have no one else to pick up the slack."

Even so, Croft has no intention of taking the publisher route: self-published authors take 70% of the royalties, he said, while traditionally published writers get around 15%. "I've been approached by a number of publishers but have rejected contact every time. I don't even have the slightest desire to enter the negotiation stage with any publisher as there's no way any of them could offer me anything like what I'm able to do for myself," he said.

Croft believes that the fact that "every author can now find every reader" is a "fantastic" thing. "People like Sue Grafton are elitist, trying to quash new writing due to some sort of perceived threat. The industry is changing – has changed – and for the better. We have a wonderful open market through which all manner of books can be read by anyone. How can that be a bad thing?"

Independently published novelist and playwright Catherine Czerkawska also took issue with Grafton's comments, saying they displayed "a profoundly amateurish and unacceptable ignorance of changes to the industry in which she claims to work".

"I've had 40 years as a novelist and award-winning playwright, I've been a Royal Literary Fund writing fellow and I'm currently serving on the committee of the Society of Authors in Scotland. Is that professional enough for her?" said Czerkawska. "I still found myself at the mercy of an increasingly restrictive and blockbuster-focused industry. There are many of us working away quietly, selling ebooks to readers who give every appearance of enjoying them. For us and our readers, the indie publishing movement has been nothing less than an inspirational and creative godsend."
More at The Guardian
Posted by Beattie's Book Blog at 9:38 am