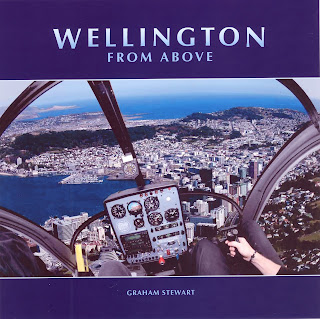 This superb photographic essay takes the reader on a flight of discovery over the capital city of , to the suburbs and beyond. Every present and former Wellingtonian should own at least one copy. Most will be able to find their own homes on one of the 128 pages of colour plates as the suburbs are especially well covered, a feature which impressed me greatly.
Hailed by many as the best little capital city in the world Wellington is the southernmost capital and is known for its friendly atmosphere. The heart of the city is compact, walkable and alive with restaurants and cafés that give a welcome with stylish à la carte dining and pavement outdoor casual fare. It claims to have more bars, cafés and restaurants per capita than . Many find it a fun place to work and relax. Greater reaches to Upper Hutt and beyond to the and many beaches to the north.
The author/photographer’s first aerial photography experience was in a twin-wing Fox Moth at the old Mangere airport where you sat in a small cabin below the pilot who was out in the open above. The only communication was a voice pipe you had to shout through. Apart from Tiger Moths, which were also a challenge when wanting to give the pilot directions, he did much flying in the co-pilot’s seat with Freddie Ladd in Grumman Widgeon seaplanes under and over the harbour bridge when it was under construction in the 1950s. During his Hawke’s Bay years, he flew in many Cessnas and Tiger Moths.
This time he made eight special, spectacular helicopter trips over greater Wellington but he makes the point that the title is "‘Wellington From Above’.  Note… not from the ‘air’ – as some shots were taken from very high buildings as Civil Aviation have tight height restrictions over the CBD these days" and he gives "thanks to the team at HELIPRO for giving him the freedom for photography while safely attached by a harness to the helicopter".
The result is a stunning achievement, the photos below do not do justice to Graham Stewart's photographic skills but they will give you an idea of the book. Do check it out at your local bookstore.
WELLINGTON FROM ABOVE
Graham Stewart
Grantham House Publishing - $40.00
www.granthamhouse.co.nz 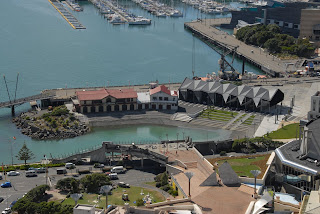 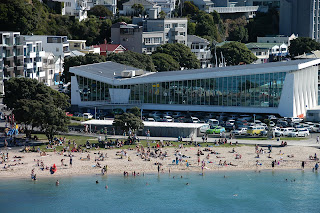 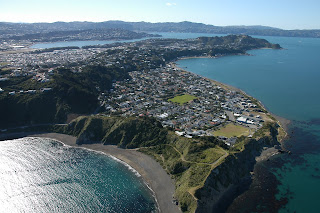 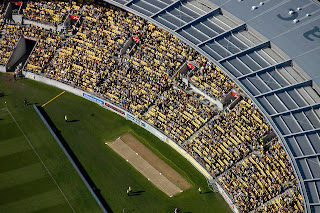