Scandal of an icon

Fiona Samuel talks to Sarah Murray about the romps, rebellion and scandal behind one of New Zealand's most revered writers, Katherine Mansfield. 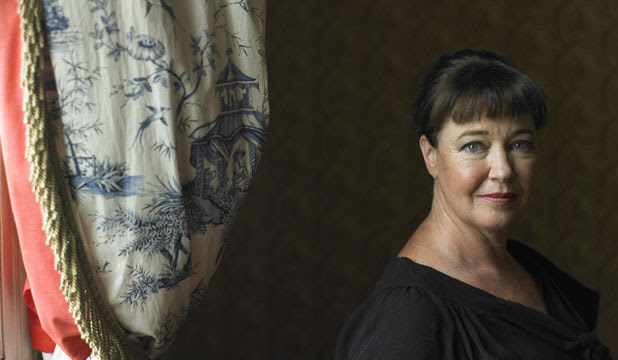 MARK SMITH
Timeless: Writer and director Fiona Samuel, a scene from Bliss, below, and the real Katherine Mansfield, bottom. 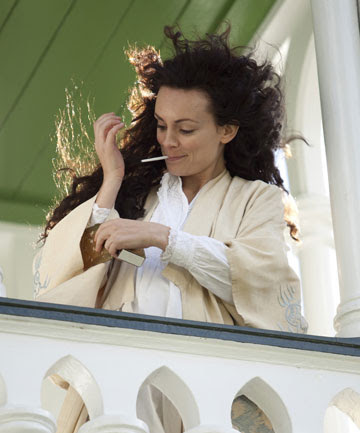 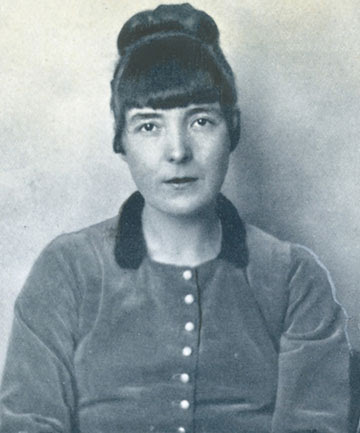 It's a cool Auckland afternoon when I meet writer and director Fiona Samuel in a Grey Lynn bar. We're directly underneath her writing room, however, I am banned from going into it. "Good on you for trying," she says, shaking her head when I suggest we reconvene there. "Not very many get let in at all." Any? "Well, I've had about three visitors in the four years I've been here."
Draped in black, Samuel keeps her coat on, and talks with one hand in her pocket and the other wrapped around a takeaway cup of coffee. She has on minimal makeup (if any), no nail polish and no earrings. She looks timeless.
Samuel has just been sent the 20-second trailer from TVNZ for her new film Bliss – a biopic on the early life of Katherine Mansfield screening tonight in TV1's Sunday Theatre slot.
"They have an instinct for what makes a juicy story – do you want to see it?" she asks, plonking her silver Apple laptop on the table and pressing play. Skin and sex flash up on the screen juxtaposed with moments of rigid Edwardian severity. We watch a group of ladies sitting ramrod straight, drinking tea and talking marriage and childbirth.
"Well, at least it ought to be a paid occupation seeing as it's compulsory," bleats a young Katherine Mansfield on the latter while crunching down on a brandy snap. The room falls silent.
Samuel laughs loudly. "I mean. I'd watch that," she says, snapping the laptop shut.
The film follows Mansfield's transformation from Katie Beauchamp, a rebellious young girl struggling with the rules of genteel society, to Katherine Mansfield: published writer. It was while reading some biographies on Mansfield that Samuel realised where the true story lay.
Full story at stuff.co.nz

Posted by Beattie's Book Blog at 8:49 am