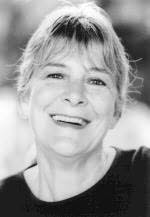 ROGER HALL LISTENS TO BARBARA EWING, AND IS IMPRESSED

Not all readers read well from their own work, but if you're an actress it certainly helps. The other day at Takapuna Library, Barbara Ewing read extracts from two of her novels, Rosetta and The Mesmerist and her acting skills came into full play.
It's not just a question of clear diction and projection, but of timing, knowing when to pause..and when to pounce.
And she had us held from the outset with her talk into the research she did for Rosetta, describing (among other things) the difference between the English and French attitudes to capturing Egypt at the beginning of the 19th century. Napoleon took with him fifty scholars, had read the Koran--in short, he wanted to know about the country he intended to conquer; the British, it seemed, had no such curiosity. Barbara's ground research was done by visiting Egypt with her friend Eccentric Shirley (who, surely, must appear in one her books some day).

I was asked to speak a few words by way of introduction and reminded listeners that Barbara has been writing for many years. In the 1970s she did "An Occasional London Letter" for the Listener, and from it I recalled two items. One when the movie star Jack Palance asked her to dinner and she was so overwhelmed all she could do was giggle at being in public with such a famous man.
Also the time when she phoned her father from London (at a time when one simply did not make calls from one side of the world to the other). Her father just could not believe it was his daughter phoning, and said "You must have a wrong number" and put the phone down.

If Barbara comes your way to do some readings, don't miss.
I'll certainly be reading Rosetta and The Mesmerist, And if you want a cracking good bonking bodice ripper, well try her The Actresses. R.H. 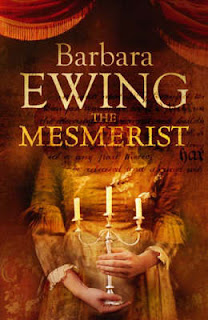 I shall be doing a reading myself (my very first) as part of NZ Book Month in September so this advice is timely.

"...knowing when to pause..and when to pounce."

I shall remember that!