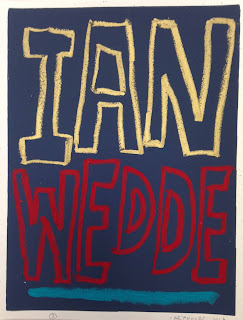 
This impressive collection of poetry shows the prolific nature of one of our favourite poets, ranging over four decades.  This is the largest collection of Ian Wedde’s poems to date.


Ian Wedde has constantly experimented with and pushed boundaries of form and influence in his poetry. With selections from 1971’s Homage to Matisse all the way through to 2013’s The Lifeguard, Ian Wedde’s Selected Poems will introduce readers new and old to one of New Zealand’s most distinguished contemporary poets.


In a selection spanning four decades, a poet could be forgiven if their poems mellowed somewhat - not so with Wedde. Selected Poems shows a prolific lifetime of work from a wide-ranging, tenacious, conceptually rigorous yet romantic poet. His linguistically rich but intellectually inquisitive voice retains all its edge, and tracing that voice through fourteen diverse collections is one of the many pleasures readers will take from this book.


The book’s cover and internals feature original art by famed New Zealand artist, John Reynolds. This is a must-have for any lover of poetry at any level.


Ian Wedde is the author of sixteen collections of poetry, seven novels, two collections of essays, a collection of  short stories, a monograph on the artist Bill Culbert, several art catalogues, a memoir, and has been co-editor of two poetry anthologies. Wedde won the New Zealand Book Award for Fiction for his first novel, Dick Seddon’s Great Dive (1976), and a New Zealand Book Award for his poetry collection Spells for Coming Out (1977). He was the Robert Burns Fellow at the University of Otago in 1972, the Victoria University Writing Fellow in 1984, the Katherine Mansfield Fellow in Menton in 2005, and The University of Auckland Michael King Writer in Residence in 2009. In 2010 Wedde was awarded an ONZM in the Queen’s Birthday Honours, and in 2011 was made New Zealand Poet Laureate. He was awarded the Creative New Zealand Writer’s Residency in Berlin in 2013–14, and in 2014 received the Prime Minister’s Award for Literary Achievement (poetry).
He is appearing at the Auckland Writers Festival this weekend where this new collection is on sale. It will be available from booksellers nationwide on Monday..

Posted by Beattie's Book Blog at 9:26 am