QUAKE CATS - How did the devastating Christchurch earthquakes affect them and their families?” 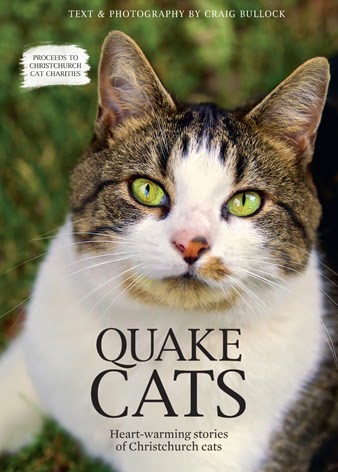 Last year’s very special Quake Dogs captured hearts all over and it was an instant best-seller.
Ultimately, the collection of stories was a moving celebration of the unique wordless, mutual bond between people and their pets which is one founded on love, trust, loyalty and companionship.

But what about our beloved cats? How did the devastating Christchurch earthquakes affect them and their families?”
Quake Cats brings us some of their stories: true tales of heroism, odd and quirky stories, funny stories, sad stories – stories that will surprise you, make you chuckle or make you go awwww.

Fergie, missing for a few days, had been hiding in the engine cavity. Her owner, driving at 50km the following day, felt a thump. She looked in the rear-vision mirror horrified to see a ball of fur tumbling behind, landing frozen on the road. The panicked owner jumped out of the car only to see Fergie flee in fright. Thankfully, they found her a few days later, miraculously injury-free.
There’s Chippy, found living in an abandoned fish and chip shop deep in the Red Zone, eating the old oil, and covered in it. There are the big cats of Orana Wildlife Park, disturbed when the huge earthquake struck and the fences banged together, making a fearful sound.

Terrified, enormous TC squeezed his 10kg bulk in under the oven and was stuck;
Max(left) was found sitting on the car bonnet in a pool of blood from his badly-infected quake wounds; Cookie’s personality completely changed; Mary wouldn’t have coped without her Polly-Girl; Mr Splitty is a shadow of his former self; Hades was back with his family after wandering 5km from home and missing for six weeks; abandoned, viciously attacked by a dog Ninja has now been re-homed; once confident, a terrified Star now spends most of her time hiding behind the curtain; some grabbed precious photos, Vicki just grabbed her adorable, big fluffy Roley; Minnie was found homeless, severely underweight and heavily pregnant; Raymond developed a myriad of psychological issues after being rescued; crushed by falling masonry, a complete stranger paid the vet bills for its massive head injuries and adopted him.

There’s a lot of love in this book – cat lovers are a dedicated and passionate breed. And Craig Bullock’s excellent photographs depict this love beautifully; the images are, once again, simply stunning.

Part of the proceeds from this book help support Christchurch cat charities which work tirelessly to rehome cats that have become separated from their owners.

ABOUT CRAIG BULLOCK: Craig Bullock has worked as a photographer for more than 10 years and found his rather unusual niche of pet photography very quickly because he’s always loved animals. His pet photography business FURtography www.furtography.co.nz has gone from strength to strength and Craig has volunteered and fundraised for charities K9 Rescue & Rehoming, Dogwatch and Cats Protection League. 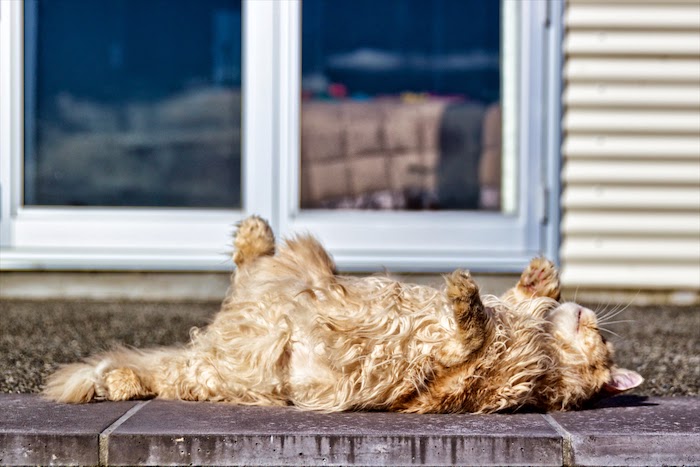 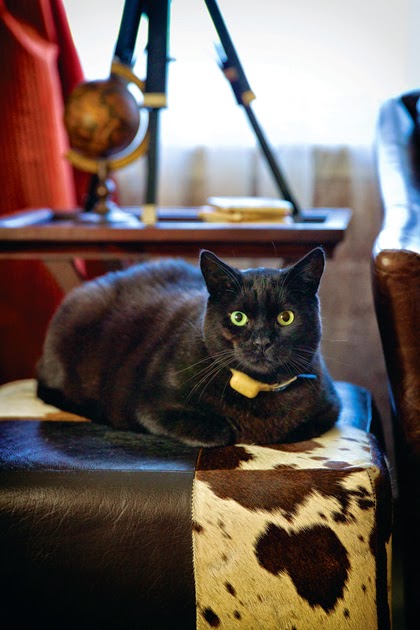 Mr.Splitty
Posted by Beattie's Book Blog at 11:41 am

Great book idea (I'm a cat lover) and will be buying a copy for my Mum and myself...