The Library & Information Association of New Zealand Aotearoa launched the start of Library Week at Wellington’s Caffe L’affare this evening with the winners announced for the 2010 LIANZA Children’s Book Awards.

Gavin Bishop’s There was Crooked Man (Gecko Press) was named the winner of the LIANZA Russell Clark Award.
The LIANZA Russell Clark Award was established in 1975 and celebrates a distinguished contribution to illustrated children’s books. The judges said “this is a vibrant and funky board book that speaks to children through rhyme with aspects of the New Zealand landscape complementing a most traditional English rhyme”. A superb production by Gecko Press with rounded corners and a robust smooth cover ticked all the boxes for the all librarian judging panel. Gavin Bishop has previously won the LIANZA Russell Clark Award in 1982 for illustrations in Mrs McGinty and the bizarre plant, 2006 for Kiwi Moon and in 2008 for Rats! 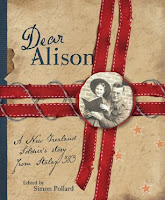 A soldier’s diary of daily life as a prisoner of war in WWII captivated the judges from the very beginning to win the LIANZA Elsie Locke Award for Non Fiction. The prize, presented to Dear Alison edited by Simon Pollard (Penguin Group NZ) reveals the realities of war gently to its young audience with entertaining and accessible illustrations, written by Dudley Muff for his young niece Alison back in New Zealand. The judges thought “this book would be treasured by all generations, from grandparents to today’s youngest, with relevance to all”.

The Billionaires Curse by Richard Newsome (Text Publishing) received New Zealand’s oldest book accolade, the LIANZA Esther Glen Award for junior fiction, first established in 1944.  Belynda Smith, panel convenor, loved the buzz from start to finish and believes that readers who experience this style of writing today will be life long readers of thrillers and murder mysteries. “With a girl and boy as protagonists in the story, this will appeal to a majority of readers and is what children are searching for when they ask for a ‘good book’”.


LIANZA presented its inaugural Young Adult Award to Tania Roxborogh, a Dunedin based writer, for Banquo’s Son (Penguin Group NZ). All the entries in this category were of a very high caliber and endorsed the introduction for this new award.

The judges were delighted with this historic and adventurous novel set in Scotland in the years after the MacBeth’s rule, making Shakespeare accessible to readers who might not always be so intrigued. “While the novel introduced new characters, there were some recognisable ones – it was like coming across an old friend when characters from MacBeth appeared.”

Contributions to te reo Māori children’s literature was extremely high this year with quality and diverse publications. Te Kura Pounamu was presented for the second year running to the novel, Hewa written by Darryn Joseph (Pearson (NZ) Ltd).  Alice Heather, Panel Convenor Te Kura Pounamu, felt “Hewa has all the elements of a great fantasy story set in te reo Māori, with captivating language developing the setting. There were many humorous moments and this fantasy novel fills a definite gap for the age group in te reo Māori”.

Four new awards re-introduced by Te Rōpū Whakahau in 2009, the organisation uniting Māori librarians and information specialists, to enable the recognition of both nonfiction and fiction across all age levels as part of Te Kura Pounamu award, were also presented.

Te Tohu Hoani Whatahoro, donated by the whanau of Hoani Te Whatahoro Jury in memory of his work, for te waihanga Pukapuka Pono (the nonfiction section) was presented to the Ngā Rākau series by Huia Publishers.
Te Tohu Pounamu, donated by Buddy Tainui of Ngai Tahu and Aoraki LIANZA, for te wahanga  Kaiwhakamaori  was awarded to the graphic novel Hautipua Rererangi edited by Julian Arahanga and illustrated by Andrew Burdan (Huia Publishers). 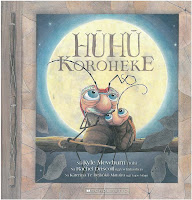 Together, the LIANZA Children’s Book Awards and the Te Rōpū Whakahau awards celebrate the unique contribution New Zealand authors and illustrators make to our cultural heritage and national identity.  Award recipients are selected from a shortlist of five titles and receive a medal or taonga and prize money.

The LIANZA Children’s Book Awards are sponsored by Fishpond Ltd and Caffe L’affare.