The 59th Times Cheltenham Literature Festival announces its most exciting programme to date, with a line-up ranging from Man Booker Prize winners to Hollywood legends and stars of Doctor Who to leading political figures of the 21st century.

The 2008 festival will explore the theme of Family, and how it shapes who we are and how we live, read and write. With more than 450 writers and over 350 events, the ten-day programme promises to offer something for everyone. 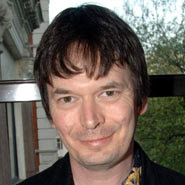 Award-winning journalist Kate Adie and the UK’s biggest selling crime writer Ian Rankin (pic left) are this year’s Guest Directors, each creating their own weekend programme of events with themes including censorship and political correctness.

Some of this year’s Festival highlights include:
Hollywood legends Tony Curtis and Roger Moore discuss their careers entertaining generations of cinema goers
Man Booker Prize winners including Ben Okri, D B C Pierre and Graham Swift celebrate the prize’s 40th anniversary as they première exciting new work
Toni Morrison makes a rare UK appearance to talk about her award-winning career
Richard Attenborough reveals memorable scenes from his life on and off the screen
Dawn French discusses her life as one of Britain’s best-loved comedy actresses
Former Mayor of London Ken Livingstone joins GQ Editor Dylan Jones for a light-hearted discussion about life at the cutting edge of politics
Russell T Davies and John Barrowman share tales from their Doctor Who adventures
Jilly Cooper explores passion on the page from the sixties to the noughties
Richard Curtis and Tony Robinson reunite to celebrate their favourite moments of Blackadder
David Starkey explores the Tudor dynasty and Henry VIII looking at how they have shaped history
Former Deputy Prime Minister John Prescott shares his compelling journey from 11-plus failure to resilient MP

Other 2008 Festival highlights include:

Summer Festival Big Read Project
From August onwards the Festival will join forces with Waterstone’s, Penguin and Gloucestershire Libraries for a Big Read project. The 2008 chosen title is Brideshead Revisited, to tie-in with the upcoming screen adaptation starring Emma Thompson, with a series of regional events planned in Waterstone’s stores, local libraries and of course the Festival itself.

BBC Radio 4
This year welcomes BBC Radio 4 as the new Radio Partner of Cheltenham Literature Festival, with a range of programmes and events to be recorded and broadcast live during the ten-day period. From Start the Week with Andrew Marr to Open Book with Mariella Frostrup and The News Quiz with Sandi Toksvig and Jeremy Hardy, festival-goers will have a chance to be part of some of the nation’s most high profile broadcasts.

Book It! Children’s Festival
Book It!, the popular children’s festival, celebrates its 30th anniversary this year. With over 100 events scheduled over the ten Festival days, families can look forward to another year of fun-filled activities aimed at 3-16 year-olds. Names appearing at the festival include: Darcey Bussell, Eoin Colfer, Julia Donaldson, Charlie Higson, Michael Morpurgo, Jacqueline Wilson, Nick Butterworth, Anne Fine and Harry Hill.
For further details go to the Festival website.
Posted by Beattie's Book Blog at 8:54 am