NEW YORK
Salman Rushdie strongly criticized his publisher for pulling a historical novel about the prophet Muhammad and his child bride over concerns about angering Muslims.
Rushdie, whose "The Satanic Verses" led to a death decree in 1989 from Iran's Ayatollah Ruhollah Khomeini and forced the author for years to live under police protection, said the Random House Publishing Group had allowed itself to be intimidated.
"I am very disappointed to hear that my publishers, Random House, have canceled another author's novel, apparently because of their concerns about possible Islamic reprisals," Rushdie said Thursday in an e-mail to The Associated Press. "This is censorship by fear, and it sets a very bad precedent indeed." 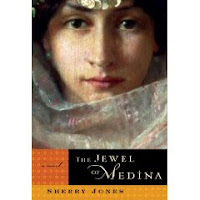 Random House has acknowledged pulling Sherry Jones' debut novel, "The Jewel of Medina," about Muhammad and his child bride, Aisha. The publisher, which had planned to release the book this month, said in a recent statement that "credible and unrelated sources" had warned that the book "could incite acts of violence by a small, radical segment."
On Thursday, Random House spokeswoman Carol Schneider said, "We certainly respect Mr. Rushdie's opinion, but we stand by our decision, which we made with considerable deliberation and regret."
Rushdie's last several books, including "Fury" and "Shalimar the Clown," have been released by Random House. He was published by Viking Penguin at the time "Satanic Verses" came out, in 1988.
"The Satanic Verses" referred to a legend -- about Muhammad being tricked by agents of the devil -- that enraged some Muslims. The book was banned in India, and burned by demonstrators in England. The novel's Japanese translator was murdered, the Italian translator stabbed.
Viking Penguin, which received numerous bomb threats, continued to publish the hardcover but hesitated to release the paperback, eventually put out by a coalition of writers, publishers and human right organizations.
Posted by Beattie's Book Blog at 9:03 am