Why are American universities shying away from the classics?

US colleges increasingly view anything published before 1990 as 'inaccessible' for students. So much for timeless themes 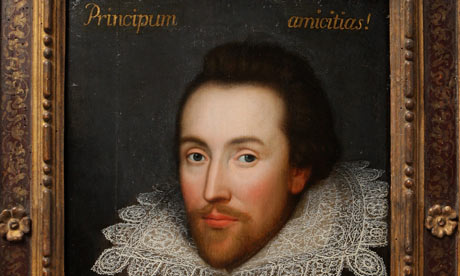 A painting of William Shakespeare which is believed to be the only authentic image of Shakespeare made during his life. Photograph: Oli Scarff/Getty Images

One summer when I was an undergrad, my college assigned The Pilgrim's Progress to all the students. It was, so to speak, a mandatory beach book, not for credit in any course, but meant to be the basis for a campus-wide discussion on the theme of "difficulty". Reading Bunyan's 1678 allegory of Christian's hike to the Celestial City was indeed an uphill challenge for us. That college assignment comes to mind as I've recently been looking at trends in similar summer assignments for college students.

Before they arrive on campus this fall, many American college freshmen will already have finished their first assignment. Their colleges have given them a "common reading", one book that they are all expected to read. Last year, 309 colleges made such assignments. It's a great tradition, but something curious has happened since my days as a college student. Only eight schools assigned anything published before 1990, and only four assigned books that could by any stretch be considered classics.

For American college students, 1990 appears to be a historical cliff beyond which it is rumored some books were once written, though no one is quite sure what. Why have US colleges decided that the best way to introduce their students to higher learning is through comic books, lite lit, and memoirs?
More
Posted by Beattie's Book Blog at 11:01 am