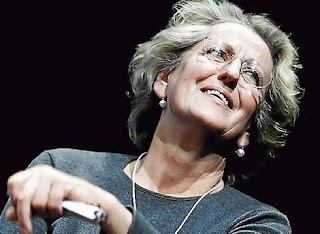 Strapped into their bodices and bound by the social mores of the 19th century, Jane Austen's heroines bear their misfortunes with unfailing dignity.
Germaine Greer charts an emotional terrain still all too familiar.
JANE AUSTEN WOULD NOT have been best pleased to know that her novels were destined to found the genre of pulp literature known in our own time as "chick-lit". The staple plot that is reworked by romantic novels thousands of times over is the seduction of the stern, distant father-figure by the passive, helpless daughter-figure.
The story that turns women on is not the story of girl meets boy or even boy meets girl; it is junior female gets alpha male into her power and into her bed. In real-life daughter-father incest is unmentionable; where it can be shown to have occurred the father is invariably seen as a rapist. Yet in Mills and Boon and Harlequin novels, hundreds of them year on year, childish young women seduce masterful, silent men who are usually older, of higher social standing, richer and much more powerful than they — just as Elizabeth Bennet captivates strong, silent Fitzwilliam Darcy in Pride and Prejudice. 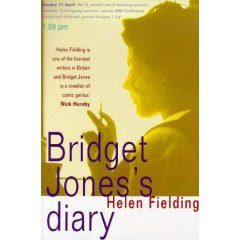 Bridget Jones came into being in 1995 when Helen Fielding went to interview Colin Firth after he had played Mr Darcy in the BBC TV series of Pride and Prejudice, wet shirt and all.

When the interview was published in The Independent Fielding used the byline "Bridget Jones" and when she was working the series "Bridget Jones's Diary" into a novel she wrote Mark Darcy into it as the older, richer, smarter guy whom ditsy Bridget would eventually end up with.
And just in case anyone missed the connection with Pride and Prejudice, Firth played Mark Darcy in the movie of Bridget Jones's Diary.
After more than 10 million sales of the book the trade certainly knows the relevance of Austen as the virgin mother of chick-lit.
In Pride and Prejudice, Elizabeth Bennet has a real father, but he's a bit of a bumbler who has made a foolish marriage and is incapable of governing his unruly gang of daughters. When Lydia runs off with the worthless Wickham it is Mr Darcy who fulfils the father role, by saving the family from disgrace and seeing that Lydia is properly provided for.
Mr Darcy is tall, haughty, unbending, unsmiling and master of Pemberley, while Mr Bennet is not even master of his own household. In Emma, Mr Knightley has been in love with Emma Woodhouse since she was 13 and he was 30. For seven years he has blamed her and lectured her and she has "borne it as no other woman in England would have borne it", so her reward is consummation with him.
Edmund Bertram is the nearest thing Mansfield Park's Fanny Price has to a father. He formed her, directed her reading, instructed her moral sense; it's a long wait but she gets him in the end. Georgette Heyer and Barbara Cartland rang the changes on the same pattern. 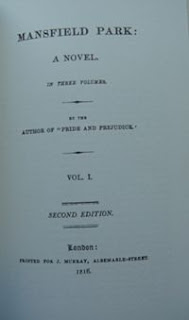 The man who groans with passion and rips the heroine's bodice is still senior, stern, unapproachable. In the '30s, his kisses had to scorch through whalebone; now he has to acquit himself of "great sex".
If there was no more to Austen than the little-girl-gets-big-man theme, we would have only escapism to thank her for. What makes Austen great is her awareness of the minefield that is ordinary life. At any point the Austen heroine can be brought low.
Even as we applaud the achievement of the sexual relationship at the end of any Austen novel, we should be aware not only that the heroine has had a tough time but that she could be facing an even tougher one. If to be a spinster in Austen's world is to be exploited by one's family whenever the need arises and otherwise completely overlooked and ignored, the role of wife-and-mother is so difficult that most of Austen's wives-and-mothers are hopeless at it.
The best mothers are the dead ones, like Emma's mother or Anne Elliot's mother. Fanny Price's mother, with an unemployed husband, nine children, inadequate housing, no money and a sweet nature, makes no attempt to regulate her household. Lady Bertram likes her pugs better than her children and can't rouse herself to anything. Mrs Bennet is a raucous vulgarian, avoided and ridiculed by her husband, who has nevertheless fathered five children on her. What's to say Elizabeth Bennet won't one day be as sore an embarrassment to Fitzwilliam Darcy as her mother is to her father? 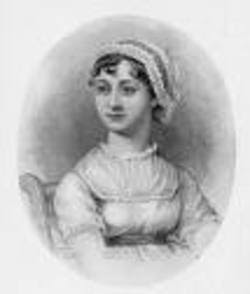 Her intelligence, for one thing. All Austen's heroines are sharp; some are of quicker wit than others but all see through the pretence and pretension around them, even when it involves members of their own immediate family. Only Emma is unusually beautiful but even she is loved not for her looks but for her nature: her wit, her good humour and her readiness to learn.
The Austen hero's intelligence is not simply quickness; it is grounded in moral insight and emotional truth. Even within the family, only where the Austen heroine esteems does she allow herself to love and and her love is unshakeable. Elizabeth Bennet loves Jane better than her other sisters; Fanny Price loves William better than any other of her eight siblings. When it comes to falling in love the Austen heroine will not allow herself to fall for a man she cannot respect.
This is but the first piece of a long article by Germaine Greer that appeared in The Age last weekend. To read the rest go here.
Posted by Beattie's Book Blog at 1:28 pm