Professional and discreet. No job is too big or difficult for The Agency.


Training for the Auckland Marathon is free therapy and good exercise for Dan Calder while he is planning what to do with his life. But when he encounters The Agency his life instantly changes as he engages in a deadly game with an unknown foe for the ultimate reward — his own salvation.


The Agency has targeted a new client and before long others are depending on him too. The clock is ticking and soon all Calder’s unique crime solving talents are brought to the fore.
This was not the new life Dan Calder planned for himself. 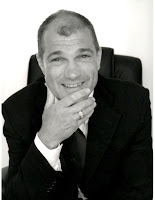 Ian Austin was born in 1963 in Southampton, England; his very un-remarkable school life ended at 16. Drifting into and out of several jobs including hotel porter and photocopier salesman he eventually found his salvation in the Hampshire Police. A career first as a constable and then detective in the UK followed. He also served as a tactical firearms officer, covert surveillance operative and became the youngest ever in terms of service National Crime Squad trainer.


Ian suffered a serious injury in 1991 while on duty, his recovery included bouts of severe depression and a lengthy rehabilitation and he realised he needed a change. When the NZ Police launched a recruitment drive to get UK officers to relocate to New Zealand in the early 2000s he took the opportunity and transferred to the New Zealand Police. Having visited several times before he had fallen in love with the country and the Kiwi way of life so it was an easy decision.


In 2006 he left the Police and now runs his own training and consultancy business. He self-published his first novel The Ideas Man in 2011 selling in New Zealand, Australia, America and the UK.


The Agency is the first of a three book series featuring ex-detective Dan Calder. Ian’s writing style is very descriptive, formed over many years of reports, statements and interviews for the Courts and juries requiring detailed reports that paint a picture. His ability to communicate with his audience and allow them to see, hear, feel touch and taste what is happening on the page is as uncommon as it is satisfying.


Ian now lives in Auckland with his partner Sallie. Collectively they have five grown-up children who are spread over New Zealand, Australia and southern England.
After reading Austin’s first book I said : ‘I reckon with Austin’s professional background and experience, and his obvious talent for writing, The Agency could prove a winner...Books of this kind must be tautly written. It is a tough market to crack but if he can do it then the sky is the limit. If I were a gambling man I’d wager he can do it. But he needs to take advice from professionals in the industry.’