Storyville and Connu: seeking out the new literary nuggets for you 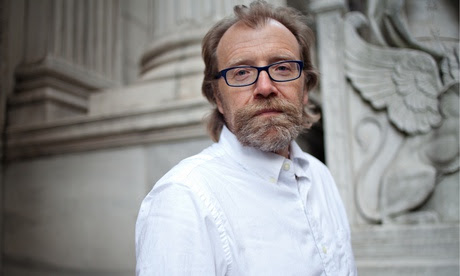 The two greatest operations of the internet are filtering and sharing: the ability to dig down through layers and layers of material, incomprehensibly large buckets of it, to find the strange nuggets therein, and then to take that shiny thing, package it up, redistribute it, comment and reflect upon it. Hence, the success of the sifters – well, pretty much one sifter these days, in the shape of Google – and the sharers, the Facebooks, Instagrams, Twitters and others, the clearing houses of information.

But of course, neither of these activities is new to human behaviour. As with so much of network technology, what has occurred is not some fundamental shift, but a new visibility. These actions have always been performed, but less visibly, and no more obviously, by publishers. I could wax on here, as I have before, about the renaissance of the short story in the digital age (and yes, I mean essays and blog posts and "long form content" and much else here too), but better, I think, to highlight two examples of apps that perform those operations well, native to the new medium.

Storyville, a subscription service for iOS and Kindle, delivers a weekly short story, ranging from American classics to new voices from journals and collections. Its somewhat clunky iPhone app is still worth navigating for the quality of writers it unearths. Connu, which allows you to read new stories on the web and on iOS, puts more emphasis on curating up-and-coming writers, and its slicker app also includes an estimate of how long each story will take to read, and an audio version, perfect for train and bus journeys. In such a way is the work of publishing succinctly translated into the digital sphere, searching out literary gems among the masses of narrative available to us, and bringing them to us wherever we may be
Posted by Beattie's Book Blog at 6:03 am