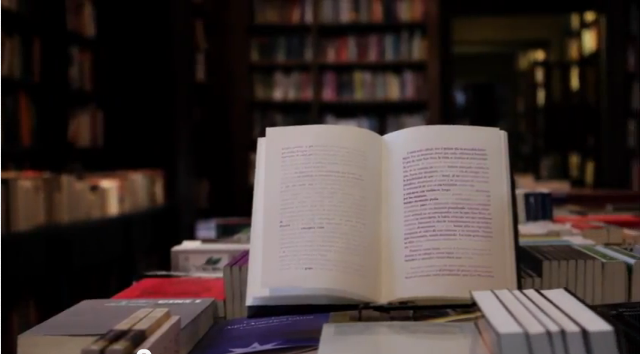 Ad agency Draftcb has won gold at the Cannes PR Lions for an innovative publishing concept, using disappearing ink to print books that gradually fade away over the course of two months.
Dubbed "The Book That Can't Wait," the format — an intriguing one in a world increasingly dominated by Kindles and Nooks — is being pioneered by independent Argentinian publishing house Eterna Cadencia, which is using it to promote new authors. As the promo video (below) points out, "if people don't read their first books, they'll never make it to a second."
The specially-developed ink used in the books works via a chemical process, starting to disappear as it comes into contact with light and air. Conceptually, they have something in common with productivity apps like Write or Die, which combats writer's block by deleting text after a certain amount of time without user input. It's an idea which is proving popular — indeed, the books are "disappearing" in more ways than one. On top of the Cannes gong, Eterna Cadencia gave away the entire first edition of its anthology of new Latin American writers in a single day.
Posted by Beattie's Book Blog at 2:15 pm