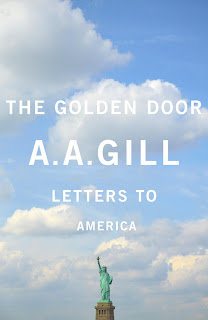 
Where were you when John F. Kennedy was shot? or for a newer generation, you could ask the same question about the World Trade Centre. Where were you when the plane hit the twin towers on 11 September 2001? But this book is about what happened between those two moments. The world's perception of America changed between those two waves. A.A Gill's book is about the things he's always found admirable and optimistic about the United States and its citizens. The America he found was contradictory and elusive, not the simpletons' place he'd been led to believe. Now A.A Gill takes another look at the America he knew in the Seventies, a place that seemed to hold promise, practical energy and a plan for the future. How did it become the political magnetic north against which the liberal intellectuals from the rest of the world set their opinions. Why is it so easily mocked, so comprehensively blamed, so thoughtlessly hated? This book is a collection of linked essays based around places that will open up truths and mythologies about America and Americans.
This book is published next week but I have an advance copy and have immediately read the first three essays. I will now put the book beside my bed and read another essay each night. Gill is a great observer and a brilliant writer and I am looking forward very much to his latest offering.
About the author
A.A Gill was born in Edinburgh. He is the author of two novels, Sap Rising (1997) and Starcrossed (1999), books on two of London's most famous restaurants, The Ivy and Le Caprice. He is also the author A.A. GILL IS AWAY, THE ANGRY ISLAND, PREVIOUS CONVICTIONS, TABLE TALK and, most recently, PAPER VIEW. He is the TV and restaurant critic for the Sunday Times. He lives in London and spends much of his year travelling. Previous Books: A.A Gill is Further Away (HB 9780297863809 Jun 11); Paper View; Table Talk; Previous Convictions; The Angry Island; A.A Gill is Away.
And of course he was a star attraction here last year at the Auckland Writers and Readers Festival and following that at the Sydney Writers Festival. I was fortunate enough to hear him at both festivals.

The Book is actually in stores now.