A note from Jenny Cole 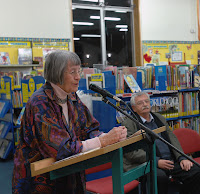 Many of you will have heard Kim Hill on Saturday send best wishes to Dame Christine Cole Catley because she is ill. Sadly it is not expected that Chris will recover, although her indomitable spirit and sense of humour is intact.
You will understand that it is important that her family have this remaining time with Chris.
Chris would love to receive any written messages from you. I would be grateful if these could be sent to jen.cole@btinternet.com.
I know that Chris would want me to send her very best wishes to everyone and say for you to be in good cheer. 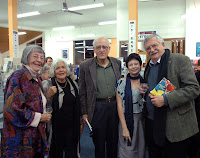 A life-long journalist, Dame Christine Cole Catley D.C.N.Z.M, QSM (88) ran New Zealand's first fulltime journalism course from the 1960s. She insisted that half the students were female, a stand that substantially accelerated the employment of women throughout the media, where many of her former students now hold key positions. A foreign correspondent herself at a time when few women were in that field, she established the ABC's office in Indonesia having previously been Radio New Zealand International's social affairs commentator for nearly a decade.
Her work as Wellington's first TV critic (on The Dominion) led to her appointment to the Broadcasting Council. She is well known for many decades of running writers' workshops, and established her publishing company, Cape Catley, in 1973, work she has continued as has her involvement with Parents Centre New Zealand which brought about the presence of fathers at births. She co-founded this in 1952 and is today a patron.
The author of several books and editor or co-editor of more, in 1982 after the death of the author Frank Sargeson she established the Sargeson Trust which she still chairs, and was an initiator and early trustee of the Michael King Writers' Centre.
Last year she was awarded a CLL award to write her autobiography and it is near completion.
Posted by Beattie's Book Blog at 6:29 pm