GOING SOUTH - A ROAD TRIP THROUGH LIFE by Colin Hogg 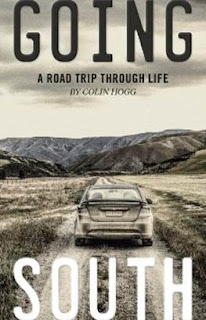 Two old friends. One Falcon. Six days. The ultimate road trip. And then some.

When Colin Hogg’s long-time friend, drinking buddy and comrade in journalism, Gordon McBride, tells him that he has serious “health issues”, Colin suggests they head off on a road trip. Back South. To Southland. The place where it all began 46 years ago; the genesis of their shared history. Within weeks the trip is booked and the two are ready to roll.

What ensues is a rollicking meditation on mateship and memory – a journey back in time and place, to where they came from and when they came of age. Along the way there are regular pit-stops, memories to sift, intimations of mortality to navigate. Or not. Gathering dust, the Falcon chews through the kilometres, the long road rolling inexorably south, as they cruise the highways and backblocks of the south: Queenstown. Kingston. Invercargill. Naseby. Dunedin. Stewart Island. All points in between.

Hogg is a road scholar, too, interspersing his narrative with local legends and forgotten stories from New Zealand’s southern history. McBride records the journey, gleefully, via his growing number of Twitter followers. Together they reminisce about their halcyon youth – sharing a flat in Invercargill, their first jobs at the Southland Times, girlfriends, marriages, children and eventual departure for points north.

Going South is the road trip of a lifetime, an honest, sometimes hilarious, occasionally sentimental journey into heartland New Zealand. 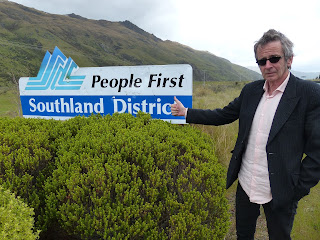 About the author:
Colin Hogg was born in Dunedin to Scottish immigrant parents, and grew up in Dunedin and Invercargill. A journalist, TV producer and award-winning writer, Colin started out on the Southland Times as a cadet reporter at the age of 17, he later made the move to Auckland where for many years he worked for the New Zealand Herald and Auckland Star. A veteran magazine columnist for the New Zealand Woman’s Weekly, Hogg also worked in television as a writer and producer.
He was also a regular panellist for two seasons on TV ONE’s nightly advice show, How’s Life? Latterly, Hogg set up television production company, 3rd Party Productions, which specialised in making documentaries and arts shows. Best known for his music journalism, reviewing and column writing, Hogg has written seven previous books, one of which won a New Zealand Children’s Book Award. He currently lives in Wellington with his wife and 16 year old daughter.