Thanks for listening to us in 2014. We'll be back on Saturday 24 January 2015.
From next Saturday, 27 December, Radio New Zealand National commences weekend summer programming. Lynn Freeman will host Weekends, from 8:00 to 12:00 on Saturday and Sunday mornings.
http://www.radionz.co.nz/national/programmes/the-weekend

8:15 Michele Rowe
Michele Rowe does a huge range of community volunteer work in the Wellington suburb of Newlands, particularly with the elderly, low-risk offenders from the Corrections Department, and Kiwi Community Assistance.
http://kiwicommunityassistance.weebly.com/

8:45 Love-Ese Chile
Love-Ese Chile is a New Zealand graduate student working with Professor Parisa Mehrkhodavandi in the Department of Chemistry at the University of British Columbia, Canada, where she is researching biodegradable plastics.
https://www.chem.ubc.ca/love-ese-chile
http://groups.chem.ubc.ca/mehr

9:05 Aroha Harris
Aroha Harris (Ngāpuhi, Te Rarawa) is a member of the Waitangi Tribunal and a lecturer in history at the University of Auckland. She is the author of Hīkoi (2004), about political protest in the late twentieth century, and is co-author with Judith Binney and Athol Anderson of Tangata Whenua: An Illustrated History (Bridget Williams Books, ISBN: 9781927131411). Selected images from the book can be viewed from our website page.
http://tangatawhenua.bwb.co.nz/
http://www.radionz.co.nz/national/programmes/saturday/galleries/tangata-whenua

9:40 Art with Mary Kisler
Mary Kisler is the Senior Curator, Mackelvie Collection, International Art, at the Auckland Art Gallery Toi o Tamaki. She will discuss three recent exhibitions in London: Late Turner – Painting Set Free at Tate Britain, Anselm Keifer at Royal Academy of Arts and Rembrandt – The Late Works at The National Gallery. Images from the exhibitions can be viewed from our website page.
www.aucklandartgallery.com/
http://www.tate.org.uk/whats-on/tate-britain/exhibition/ey-exhibition-late-turner-painting-set-free
https://www.royalacademy.org.uk/exhibition/anselm-kiefer
http://www.nationalgallery.org.uk/whats-on/exhibitions/rembrandt-the-late-works
http://www.radionz.co.nz/national/programmes/saturday/galleries/three-london-art-exhibitions

10:05 Playing Favourites with Sarah Peirse
Sarah Peirse is a New Zealand actor and director. She is currently appearing in the Sydney Theatre Company production of Switzerland, a new play by Joanna Murray-Smith about the writer Patricia Highsmith (to 20 December), and will appear in the Company’s production of Samuel Beckett’s Endgame in 2015 (31 March to 9 May).
https://www.sydneytheatre.com.au/whats-on/productions/2014/switzerland
https://www.sydneytheatre.com.au/whats-on/productions/2015/endgame

They discuss the year in publishing and their favourite reads of 2014, as detailed below
(* = mentioned during interview).

Nonfiction
To Have and To Hold: An Intimate History of Collectors and Collecting by Philipp Blom (2003, Penguin)*
100 Essays I Don't Have Time to Write by Sarah Ruhl (2014, Faber & Faber)* On Immunity: An Inoculation by Eula Bliss (2014, Graywolf Press)* The Empathy Exams: Essays by Leslie Jamison (2014, Granta)* Preparing the Ghost: An Essay Concerning the Giant Squid and Its First Photographer by Matthew Gavin Frank (2014, Norton)*

Summer Reading
Every year at Christmas, I reread a writer I love. This year it is Eudora Welty (1909-2001), an American author of short stories and novels about the American South.
http://eudorawelty.org/ 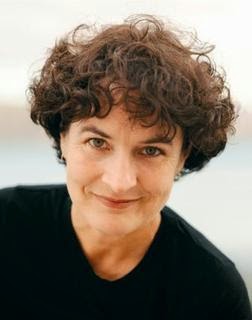 Non-fiction
A History of the World in 100 Objects by Neil McGregor (2010, Allen Lane)* Shady Characters; the Secret Life of Punctuation, Symbols & Other Typographical Marks by Keith Houston (2013, WW Norton)* H is for Hawk by Helen Macdonald (2014, Jonathan Cape)* The Old Ways: a Journey on Foot by Robert McFarlane (2012, Hamish Hamilton)* Confronting the Classics: Traditions, Adventures and Innovations by Mary Beard (2013, Profile)


On Saturday 20 December 2014 during Great Encounters between 6:06pm and 7:00pm on Radio New Zealand National, you can hear a repeat broadcast of Kim Hill’s interview from 13 December 2014 with Marcus du Sautoy on mathematics and art.
Posted by Beattie's Book Blog at 11:44 am