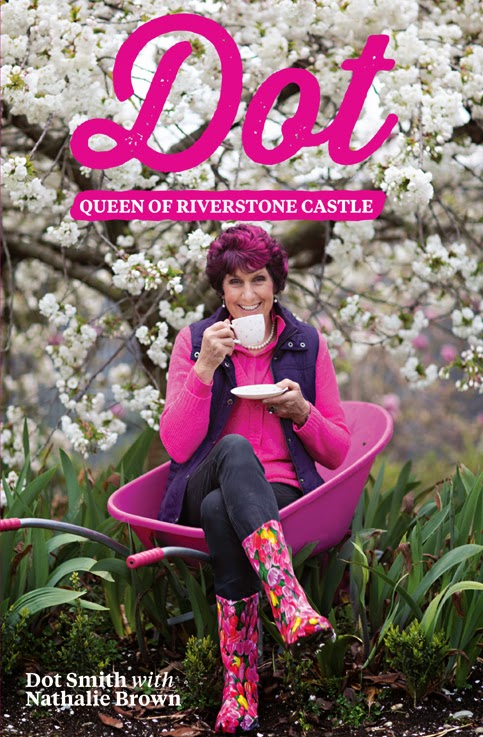 She’s a visionary, an entrepreneur and dreams big in North Otago’s Waitaki Valley

Two enormous lions for the front door steps, a huge bronze angel and huntress, a flower carrier, oil paintings, carvings and much much more…. Just some of what Dot Smith has arranged to have shipped to Oamaru following a recent shopping spree – while being accompanied by her architect and builder – in China. Each item will take pride of place in her news-making castle that’s currently under construction at Riverstone, a family complex just north of Oamaru.

Dot Smith normally lives a pretty frugal life. She’s lived in the same farmhouse for 30 years. However, now after years of hard slog she’s totally committed to realising her childhood dream of owning her own castle. And, never one to do anything by halves, she’s determined to make the castle an enjoyable family home.

Although she hails from early Northland farming routes, Dot Smith is without a doubt a Southern woman to rival any Southern man.

Dot is simply a phenomenon – ‘forthright and direct, with unbelievable energy’ according to Sarah Scott – and her story is remarkable.

A visionary, an entrepreneur, an incredibly hard worker with a heart of gold, Dot has always reached for the stars as Dot – Queen of Riverstone Castle, her delightfully entertaining and inspiring new memoir, reveals.

As a young married couple, Dot and Neil Smith left Northland to establish a new life for themselves in the Waitaki Valley, North Otago. They bought some land on an old riverbed chocker with stones – hence ‘Riverstone’.

Some thirty years on, after years of hard yakka, they now own six dairy farms running over 4,000 cows; and they have developed their beautiful, family-run Riverstone complex which includes the award-winning restaurant, Riverstone Kitchen, owned and operated by her son and daughter-in-law; Dot’s giftware shops, Riverstone Country; orchards, hen runs and a children’s playground, as well as oceans of naturally-grown vegetable and flower gardens.

Now Dot’s realising her childhood dream of living in a castle complete with dungeon, drawbridge and towers. She’s always been captivated by the grand British and European estates (especially the castles) with their magnificently ornamental and productive gardens. Travelling on her OE only served to fuel Dot’s dream that one day she might be the Queen of her own castle.

In Dot – Queen of Riverstone Castle Dot Smith tells of growing up on a small dairy farm north of Auckland; the struggle she and Neil had in their early days of farming; the effects of both Rogernomics and the dairy boom; and the travels that inspire her gardening, cooking and retailing. And of course, she writes about her biggest adventure yet, building a castle.

And, since you’ll probably be wondering about the pink hair:

“About 12 years ago Neil and I were returning home after a trip to Arizona with a group of friends. We had a three-day stop-over in Fiji, and Neil caught a bug and felt dreadfully sick, so he went to bed. I got my friend May Murphy, who was travelling with us, to put a colour through my hair, and then I sat out in the hot sun, waiting for the dye to take. Neil came out and said, ‘Gosh, Dot, have you seen the colour of your ha
ir?’
I replied, ‘It’s OK — it’s got another 20 minutes to go yet.’
When the time was up, I went into the shower and washed the dye out and — what a surprise! — my hair was shocking pink all over!

Neil and I burst out laughing and couldn’t believe our eyes. At dinner in the restaurant, the staff were laughing and asking me what had happened. The air hostesses on the plane were grinning and commenting. I met my sister and our son Michael while we were waiting for the connecting flight to Christchurch, and they were in fits! I was fast becoming a sideshow. I just had to say, ‘Never mind. I can’t do anything about it now. I’ll have to wait until I get home.’
I toned it down with more dye, but I’d had so much fun with pink hair that I decided to keep it in some form or other. It keeps me young. There aren’t too many 65-year-olds with pink hair. It has become my signature, and when I go to the trade fairs everyone knows me. Most elegant ladies from the best parts of Auckland wouldn’t be seen dead looking like me, but I bet they don’t have as much fun as I do.

The Americans love anyone who looks as though they are enjoying themselves and making the most of life, so my hair always starts a conversation. I have had men approach me at hotel breakfast tables to say, ‘I love your hair, lady. Where are you from?’ I was shopping one day when a woman customer said, ‘Can I take your photo? You are so colour coordinated!’ It happens nearly every day in the States, and always leads to an exchange of comments about New Zealand and the charms of wherever it is we happen to be visiting.”
Posted by Beattie's Book Blog at 8:51 am