JULIE BIUSO AT HOME NOMINATED FOR THE BEST IN THE WORLD 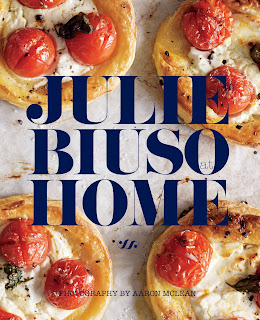 Already celebrating her 30th year as a food writer, Julie Biuso now has another good reason to be proud, as her 16th cookbook, the recently released Julie Biuso at Home, is announced as a New Zealand winner in the prestigious international Gourmand World Cookbook Awards. 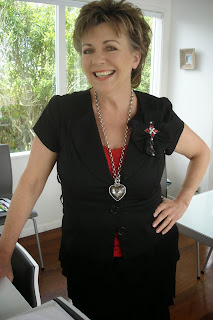 The book has this week been nominated as a regional winner in the Easy Recipe category, and now has the opportunity to go up against winners in the same category from around the globe, for the ultimate Best in the World award, results of which will be announced at a ceremony attended by the glitterati of the food world during the Beijing Cookbook Fair in May 2014.

“I can’t wait to be there! This is a very special book for me, and it's wonderful to have it recognised by such a respected and influential institution as Gourmand,” said Julie about the win.

“Julie Biuso At Home winning the Best Easy Recipes category is just so perfect. The book is crammed full of recipes – 270 in total! – and there are heaps of ideas for mid-week meals, the sorts of things that are not difficult to put together at short notice, good food made from scratch that will nourish a family.

“Writing this book was a joy, and a wonderful sharing experience. My family were all involved, not just as tasters, but also helping with recipe development and on the shoots. There were many long days, but there was a lot of fun and laughter, too, and of course, plenty of scrumptious food to devour at the end of the shoots.

“The award also acknowledges the other key people who worked with me to make the book a success. The absolutely stunning photography by Aaron McLean and the original and stand-out design by Philippa Moffit give the book the X-factor that is so important in these awards,” she said.

Julie Biuso is no stranger to the Gourmand awards, having been a finalist numerous times and having had three of her books take out the ultimate Best in World title. She was also awarded a Special Prize by the Gourmand World Cookbook Award’s Jury in 2007 for her career achievements.

The Gourmand World Cookbook Awards
After five years in France, the next awards ceremony will return to China, where it was last held in 2007. It will be part of the Beijing Cookbook Fair, to be held at Starpark in the city’s Southern Daxing District, from May 19-21, 2014. For further information on the awards and the fair, visit www.cookbookfair.com.