23.09.11 | Benedicte Page, Felicity Wood and Philip Stone - The Bookseller
A squeeze on consumer spending in supermarkets and the migration to digital are being blamed for the spectacular falls in sales suffered by many of the UK’s biggest commercial women’s novelists in 2011
Sales of the most recent mass-market novels by the likes of Marian Keyes, Jodi Picoult, Veronica Henry, Catherine Alliott, Louise Bagshawe, Dororthy Koomson, Maeve Binchy, Harriet Evans, Jill Mansell and Lesley Pearse are all down by more than 20% on their previous mass-market publications over comparative sales periods. 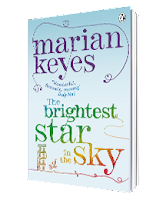 Marian Keyes' latest novel The Brightest Star in the Sky is down 42% on her previous book, selling 260,000 copies since February publication, while Jodi Picoult's Harvesting the Heart is down almost 50% on her previous novel at 120,235 copies. Victoria Henry's The Birthday Party shows sales down 71% to 16,479 copies. These results are echoed elsewhere in women's commercial fiction, set against a fall of 8% in the overall fiction market year on year (compared to a 5% drop in the general book market). Overall, the top 20 commercial women's fiction authors were down 10% in like-for-like sales of their most recent mass market title against the previous one.
Nielsen BookScan's Total Consumer Market shows volume sales for the first eight months of this year in the Supermarket and Mixed Multiples channel are down by 9% compared to 2010, from just over 29 million copies to just over 26 million. Headline director of publishing Marion Donaldson said: "It's possible budget-conscious women doing the weekly shop are denying themselves a purchase they'd have made happily a couple of years ago."
Supermarkets are thought to have cut back book stocks after several years of expansion. One trade insider said some were halving order numbers, reducing stockholding and using cardboard fillers on shelves.
More on this story at The Bookseller.
Posted by Beattie's Book Blog at 6:00 am