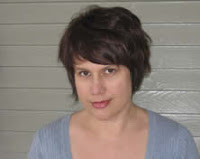 la Morris was an inspired choice by Penguin to edit the first book to carry this title in 20 years. I reckon her very thoughtful, considered, frank, entertaining and occasionally provocative introduction alone is worth the cost of the book.

Paula Morris (Ngati Wai) is the author of three novels: Queen of Beauty (2002), Hibiscus Coast (2005), and Trendy but Casual (2007), all published by Penguin. Her first story collection, Forbidden Cities (2008) was a regional finalist in the 2009 Commonwealth Writer’s Prize. She holds degrees from the University of Auckland and Victoria University, the University of York in the UK, and the University of Iowa in the US. Her first young adult novel was recently published by Scholastic in the US and is due for release in NZ shortly. She is an assistant professor in the Department of English at Tulane University, New Orleans.

Here are the opening few paras of her introduction:

It’s twenty years since the last Penguin Book of Contemporary New Zealand Short Stories was published, and my mandate with this volume was similarly defined – that is, to investigate a decade’s worth of short fiction, not simply to gather new pieces from a list of usual suspects, or to compile an historical review of the short story in New Zealand.

The scope of this book was set at 1999–2008, though its actual range is larger than that. Stories published in collections in 1999 were eligible for consideration, even if they’d first appeared in a journal or magazine earlier in the 90s – like C. K. Stead’s ‘Class, Race, Gender: A Post-Colonial Yarn’, first published in Metro in 1995. And some of the stories chosen – those by Eleanor Catton and Kate Duignan, among others – had not yet appeared in print, though they may turn up in collections within the next year or two, stretching the reach of this book into another decade.

I wanted to read as widely as possible: story collections, literary journals, anthologies, self-published work, new stories. I would not include people simply because they were important names in New Zealand literature, especially if they were really novelists only posing occasionally, and not always convincingly, as short-story writers. A number of people – publishers, editors, creative writing teachers, university lecturers, awards judges, writing group leaders, other authors – alerted me to new names, or nudged me about familiar names I knew only as novelists. It didn’t matter if the writer was living overseas, or publishing elsewhere, or setting his or her work in another country; it didn’t matter whether they were famous or obscure. The only active New Zealand short-story writer I excluded from the deliberations was myself.

I was interested in exploring many of the currents in the short fiction of the past decade, but had no particular thesis in mind to test, no agenda or school to promote, no determination to separate contemporary New Zealand fiction into modern-day Mansfields and sons of Sargeson – especially as Lorrie Moore, Alice Munro and George Saunders, among others, may be more influential with the current generation of writers. There was no particular version of New Zealand I wished to construct or dismantle, which was just as well: we may get glimpses of a society through its short fiction, but few short stories set out to give us a panoramic social overview, and fiction writers are not government workers, commissioned with compiling accurate, fact-finding reports.

The stories chosen would reflect the diversity of contemporary New Zealand, I hoped, but it quickly became apparent that the quality of a story – that small matter of the verve and fluency of the writing, of a given story’s success on its own terms – was more important to me than the ethnicity, gender, social background, or regional affiliation of its author. This was not to be a sociological survey, careful to ensure every group was represented in some fair and proportional way. This means some absences: no writer of Indian or Chinese descent, for example, although those communities are an essential facet of contemporary multicultural New Zealand; and Samoa is (perhaps unsurprisingly) the dominant Pacific presence here – though the number of stories I read by writers of the Pacific diaspora, both published and unpublished, suggests a new wave of authors poised to take seats at the moveable feast of our national literature.

All the writers here speak of New Zealand, I think, in direct and indirect ways, even the ones who set their work elsewhere – for the expatriate experience and point of view, like the immigrant or indigenous experience, continues to inform our culture. When writing fiction, says the Irish novelist and master short-story writer William Trevor, ‘you cannot escape the person you are . . . All fiction has its autobiographical roots in the sense that as a person you are your character’s litmus paper, their single link with reality.’ Trevor was born in Ireland and, therefore, he says: ‘I observe the world through Irish sensibilities, take for granted an Irish way of doing things, am marked by small idiosyncrasies of behaviour and accent, and am reminded of familiarities of early environment when I’m separated from them.’

The 31-story collection includes significant work from our foremost fiction alongside exciting work by a strong group of new, younger rising literary stars.
Here they are in the order their stories appear:

The Penguin Book of Contemporary New Zealand Short Stories, edited by Paula Morris, will be published by Penguin Group (NZ), September 2009, (that is next week!), RRP $40.00.
Posted by Beattie's Book Blog at 8:14 am