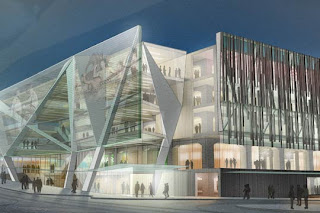 The Government has decided to scale back the revamp of the NationalLibrary's Wellington building but will ensure the nation's treasures areprotected by increasing storage, fixing leaks, upgrading equipment andaddressing deferred maintenance.
The revamp is to cost $52 million which will include $35 million in capitalspending and $17 million in operational spending over the next four years.
It is a significant reduction from the previously proposed redevelopmentplan, which was originally costed at $82 million ($69 million capital plus$13 million operating costs) but has since been costed at about $90 million.
The Minister Responsible for the Library, Dr Richard Worth, said that theGovernment had been forced to reconsider the previous government's decisionin light of the international recession.However, Dr Worth said the option that had been chosen would address the critical problems the Library faced. "In recognition of the economic climate, the Government has decided that thefull redevelopment option, at a total cost of about $90 million over the next four years, cannot be sustained."
Instead, the Government will support the funding of improved storage forthe National Library's heritage collection and replacement of critical plant and infrastructure at a budget of approximately $35 million in capitalspending, with operational costs of $17 million, over the next four years."
Dr Worth said doing nothing was not an option as the building was effectively full and failing equipment, substandard storage environments,and water leaks were putting the collections - valued at nearly $1 billion -at serious risk.
"This is a responsible decision which balances the need to protect ournation's treasures and taonga while taking heed of the fact that we are inthe midst of a recession."However, the Library's 95km of collections material would still need to berelocated during the revamp and the Library had assured him that care andprotection of the heritage collections would be paramount during therelocation period."The Library has already communicated with the research community on access requirements throughout the development period as a reduction in the levelof access to its collections during this time is expected. The Library will shortly confirm its general relocation details and access to collections."
Dr Worth noted that Library staff would be focused on an extensive digitisation programme while out of the building which would improve accessby all New Zealanders to the Library's collections.The scaled back project would require the design work to be revisited and afresh resource consent would be sought from Wellington City Council.
Posted by Beattie's Book Blog at 2:06 pm