Whitcoulls announce their keenly awaited Kids’ Top 50 Books List for 2014 on Monday 22 September, and the results suggest a change in New Zealanders’ reading habits. The most popular books are ‘home grown’ stories where humour features strongly, bucking the trend from previous years in which young adult novels set in remote, dystopian worlds have been such firm favourites.

Claiming the number one spot for the second year in a row is J.K. Rowling’s Harry Potter series, followed by beloved New Zealand children’s writer Lynley Dodd with her classic book Hairy Maclary and Friends, which comes in at number two; up three places from 2013. In third place is enduring favourite, The Very Hungry Caterpillar by Eric Carle, which moves up five places from last year. 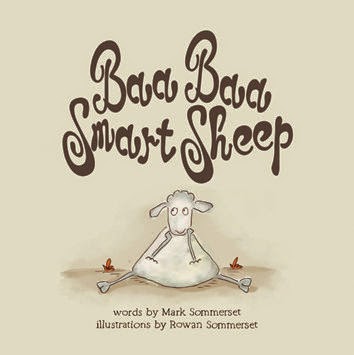 Three of the top five books that New Zealanders voted for are fun and dynamic children’s picture books, including Baa Baa Smart Sheep by creative Kiwi couple Mark and Rowan Sommerset, which comes in at number five.  Almost a third of the books that New Zealanders voted for this year are relative newcomers to the List, including the mega-bestselling Gone, Minecraft and The Ranger’s Apprentice series of books that are so popular with teens.

Interestingly, a third of the books that feature on the Whitcoulls Kids’ Top 50 Books List this year are children’s picture books. “This suggests that despite living in an era where technology is changing the social landscape, books are as important as ever to young New Zealanders and their parents”, says Whitcoulls Head Book Buyer, Joan Mackenzie.

Significantly, Suzanne Collins’ bestselling The Hunger Games teenage series has been booted out of the top ten altogether, falling from last year’s number two spot to number 14 this year. This reflects the trend away from dystopian novels towards books which make us laugh. Classic stories by writers Roald Dahl, Dr Seuss, Enid Blyton still feature strongly, as do New Zealand stories by such literary greats as Margaret Mahy, which comprise nearly 20 percent of the Whitcoulls Kids’ Top 50 Books List.

Influential book reviewer and the face behind ‘Joan’s Pick’, Mackenzie says: “The new Kids’ Top 50 Books List demonstrates that kids’ reading patterns are as strong as ever, which is a great thing, as reading is such a great building block for the rest of life. And the old favourites, many of them iconic New Zealand stories which have entertained generations of children, deserve their classic status.”


Whitcoulls has been compiling their Kids’ Top 50 Books List for the past 16 years and the passion and enthusiasm reflected in voting patterns year-on-year is as strong as ever. This suggests that New Zealand is an engaged and avid nation of readers.
Posted by Beattie's Book Blog at 2:21 pm