The Thrill of Falling - Witi Ihimaera

I reckon that in this richly imaginative and compelling collection of longer stories, Witi Ihimaera  recaptures his mojo. His recent fiction has been of an historical bent but for me he is at his very best when writing in contemporary mode. He is such a keen observer of urban life and ordinary folk.
Ranging across an intriguing and innovative variety of styles, subjects and settings, they defy the expected to reaffirm Ihimaera as one of New Zealand’s finest technicians and storytellers.
Contemporary social and political issues jostle with humour, lively characters and the joy of a good story. Linking them all is the theme of borrowings and appropriation, and yet being so varied, inventive, moving, stimulating, clever and, as always, beautifully written, the old becomes delightfully new, making this collection a must-read for Witi Ihimaera’s many fans.Count me among them, I so enjoyed it.


About Witi Ihimaera
Witi Ihimaera (right-Sunday Star Times photo) has written thirteen novels, among them The Whale Rider in 1987, and six collections of short stories and works for children. His last novel was The Parihaka Woman in 2011, and The Thrill of Falling is his seventh short story collection. Ihimaera has also had careers in teaching, theatre, opera, film and television. His work was set to music by well-known contemporary musicians in Ihimaera, commissioned for the 2011 Auckland Arts Festival. His words for Kaitiaki, composed by Gareth Farr, were presented at a Beethoven concert by the New Zealand Symphony Orchestra in September of the same year. He has travelled extensively, most recently to festivals and conferences in Britain, Germany and New Caledonia.
He lives in Auckland.

From short fiction to poetry


A very special book for everyone who loves those two rugged New Zealand icons: Poet Brian Turner and the Central Otago he so loves and defends.
For much of his distinguished career Turner has been a lucid and lyrical interpreter of this special part of New Zealand.
About half of this collection of over 100 poems have been previously published — the other half are new.
The book has an introduction written by the author, and the poems are grouped into four sections:
Earth, Fire, Water and Wind; hence the title ‘Elemental’.

Turner's evocative, affecting poems are accompanied by photographs by the well-known Central Otago photographer Gilbert van Reenen.Two of the photos appear below. 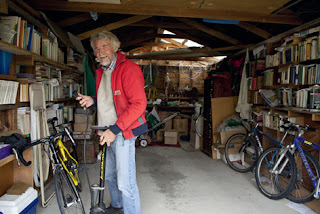 One of New Zealand’s finest poets and prose writers, Turner’s many books include numerous volumes of poetry, the fine memoir Somebodies and Nobodies and the ‘miscellany’ Into the Wider World. He was the Te Mata Poet Laureate from 2003–2005 and was awarded an Honorary Doctorate by the University of Otago in 2011. He is an ardent and accomplished sportsman, conservationist and champion of our wild places. Brian lives in Oturehua in the Ida Valley, Central Otago.

A selection of poems from the book:

A sea of cobalt blue
and the light
beginning to shimmer
like an ocean
flecked with gold
and it’s not doing,
like us, anything
other than what
I know it’s doing
to me.

There’s a sea of turbulence in the trees,
needles in the air like bran.
The long grass is being flayed
except where it cowers
in the lee of a hedge.
Sheets of iron flap on the hay shed
where a few nails pop like thorns.
‘She’s a good one,’ my mate says,
‘hang on to your undies.’

And this one made me laugh out loud:

A farmer asked me
if I was working
and added
he didn’t mean
writing.
I said
I was sawing
and stacking wood,
tidying the shed,
pruning the hedge.
‘Is that work?’
‘Yes,’ he said,
‘keep it up.’ 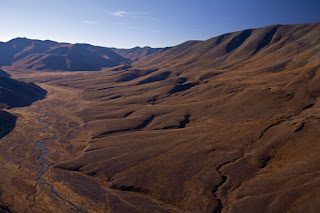 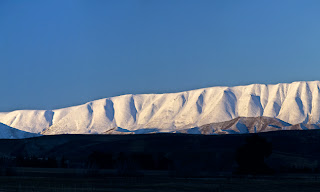 And from poetry back again to short fiction

The Trouble with Fire

Fiona Kidman has a genius for peeling back the lives of ordinary people to reveal their hidden passions and complexities. In this brilliant new collection, she explores - with her customary subtlety and insight - how we are all touched and sometimes scarred by the flames of emotion - whether it be the impossible love of a pregnant woman for a married man, grief for a dead baby or the loss of a young woman in mysterious circumstances. Ranging in time from the colonial period to the present day, these stories by one of New Zealand’s foremost writers are beautifully crafted, intriguing and evocative. I am enjoying re-reading them so much and am not at all surprised that the collection has been short-listed for the NZ Post Book Awards.

Fiona Kidman (right - photo Robert Cross) has written more than twenty books, mainly novels and collections of short stories. Her most recent novel, The Captive Wife, was a joint winner of the Readers' Choice Award and a finalist for the Deutz Medal for Fiction at the 2006 Montana New Zealand Book Awards. Trouble with Fire has been shortlisted for the 2012 NZ Post Book Awards and the Frank O'Connor Short Story Award. She has been awarded a number of prizes, honours and fellowships, including the Mobil Short Story Award, the Victoria University Writers Fellowship, and the OBE for services to literature. In 2006 she was the Meridian Energy Katherine Mansfield Fellow in Menton, France. In 2008 she was the Creative New Zealand Michael King Fellow. Fiona Kidman is a Dame Commander of the New Zealand Order of Merit, a Chevalier de l'Ordre des Arts et des Lettres, and a Chevalier of the French Legion of Honour. She lives in Wellington.

So there you go, three knockout books, the first two published this month,and the third published July last year, and I observe all from Random House New Zealand. Congratulations to both the writers and the publishing teams.
Posted by Beattie's Book Blog at 6:40 am