Why social media isn't the magic bullet for self-epublished authors


In the third in a series of essays on digital media and publishing, Ewan Morrison, who will appear at the Edinburgh World Writers' Conference, claims that as the project to monetise social media falters the self-epublishing industry's defects will be laid bare 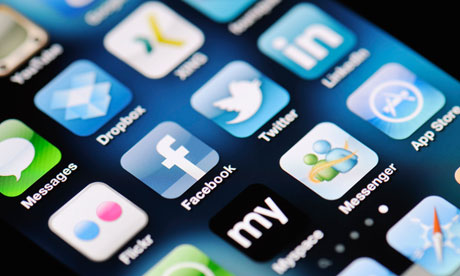 "Authors – become a success through building an 'internet platform'!". For almost five years we've been subjected to the same message. At the London College of Communication's iGeneration conference this year, I heard that social media was now the only way to sell books, and witnessed glowing examples of the successful use of SM from epub authors such as Joanna Penn (who has her own consultancy and sells $99 multimedia courses on How to Write A Novel). At the Hay festival last month, I heard Scott Pack – self-described "blogger, publisher and author of moderately successful toilet books" – declare that mainstream media, papers and TV "no longer function in selling books"; that the net is now the only way for authors to – you've heard it before – "build a platform". Already every fourth tweet I receive is from an "indie" author trying to self-promote, saying things like "Hoping for a cheeky RT of my last tweet on my book & the 99p offer. B v grateful." And another – "Hope all is well! My dad just published his latest book on Amazon – if possible, I was wondering if you had any tips for him getting his book reviewed by any relevant bloggers. Appreciate any insight." And then there are the hundreds of tweets from social media ebook consultants and so-called specialists offering "the key to online marketing success".
I'm convinced that epublishing is another tech bubble, and that it will burst within the next 18 months. The reason is this: epublishing is inextricably tied to the structures of social media marketing and the myth that social media functions as a way of selling products. It doesn't, and we're just starting to get the true stats on that. When social media marketing collapses it will destroy the platform that the dream of a self-epublishing industry was based upon.
First, though, I conducted my own experiment. I decided to take these "platformers" at their word and seriously consider the possibility of self-promoting my books online (I even bought an iPhone so that I could get with the revolution). I am not alone in this: authors who have contracts with the big six publishers are now being asked, or obliged, to "get out there" and self-promote; something that 10 years ago would have been seen as selling-out is fast becoming the norm.
What follows is what I discovered about self-promotion in the digital utopia of social media marketing.
Read the rest at The Guardian.
Posted by Beattie's Book Blog at 6:22 am