The unnoticed bias of the Booker prize


Can a prize which has honoured such a disproportionate number of English writers really be choosing the best of Commonwealth literature? 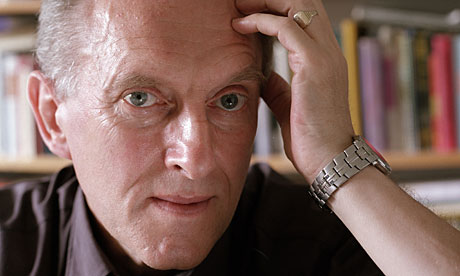 Great Scot ... James Kelman, who won the Booker prize in 1994 for How Late it Was, How Late, is the only Scottish writer to have claimed the award. Photograph: Murdo Macleod

It's been the curse of the Scots, Welsh and Northern Irish that even though they've had some world-class footballers – Souness, Dalglish, Law, Giggs, Best – their national sides have accomplished little of note. If we take the Man Booker prize as a symbol of international literary status, a similar pattern emerges.

Since the prize's inception in 1969, only one Scot has won: James Kelman in 1994 with How Late it Was, How Late. Even then, there came a storm of controversy, with the media and booksellers roundly denouncing the decision, one of the judges publically slamming the book, and Salman Rushdie calling it "the wrong choice". In 1993, two judges successfully pulled Irvine Welsh's Trainspotting from the shortlist by threatening to walk out. Only five other Scots have been shortlisted: Gordon Williams, Muriel Spark, George Mackay Brown, Andrew O'Hagan and Ali Smith (one may or may not include "almost" Scots William Boyd and Bernard MacLaverty).

That might seem like fair representation, until the stats are examined. Only 3.6% of all shortlistees (4.4% if we include Boyd and MacLaverty), 3.3% of the judges and a paltry 2.9% of the longlist have been Scottish. Wales has produced only one winner – Bernice Rubens in 1970 – while Northern Ireland has none. Such luminaries as Alasdair Gray, AL Kennedy, Alun Richards, Ron Berry, William McIlvanney, Janice Galloway, Niall Griffiths, Rachel Tresize and Iain Banks have never even made the longlist. In the usual round of chatter about the exclusion of Amis, Barnes or McEwan in a given year, this anomaly goes unremarked. To ask ourselves why reveals uncomfortable truths about the structure of the "United" Kingdom.

Booker is far more generous to former British colonies than it is to home Celts. Australia and the African nations have both won four times, Canada has won three, the Republic of Ireland three, India twice (thrice if one includes Anglo-Indian Salman Rushdie), and there are another two writers, VS Naipaul and Ruth Prawer Jhabvala, whose nationality is difficult to pin down. New Zealand is an honorary Celt in this respect, with one winner, Keri Hulme. Two possibilities emerge from all this: either Celtic novelists (and pundits, for that matter) are not good enough, or there is an institutional bias on the part of the Booker prize. But what kind of bias?

Perhaps this is really about class (which tends not to be too far from the minds of Celtic writers), since novels about the English proletariat have also rarely featured on shortlists. It's easy to suppose that judges prefer to see their own middle-class life reflected in ficiton, and shun novels about the ravages of post-industrial life. The visceral reaction to Kelman – who won with a novel about urban deprivation, written in Glaswegian demotic – would suggest this. But if class, not nationality, is the crux of the matter, it still makes Booker complicit in a form of cultural oppression.

Let's give the prize a futher benefit of the doubt: Scotland, to take one example, has a minuscule 0.2% of the total Commonwealth population, and so, if anything, has been over-represented. However, of the 46 Booker winners, 24 have been English – over half – although England represents a mere 2.5% of the Commonwealth. Even discounting the possibility of anti-Celtic prejudice, this huge, undeniable bias emerges.

Is English literature is simply better than that of the Celtic nations? Pure objectivity is never possible, even on judging panels, but it should not escape our attention that an overwhelming number of Booker judges are middle-class English people, who are perhaps likely to prefer their own nation's literature.

I guess the Guardian doesn't realize that only books published in the UK are eligible for the Booker - so the vast majority of novels published throughout the Commonwealth are automatically excluded.