Ebooks: do we really want our literature to last for ever? 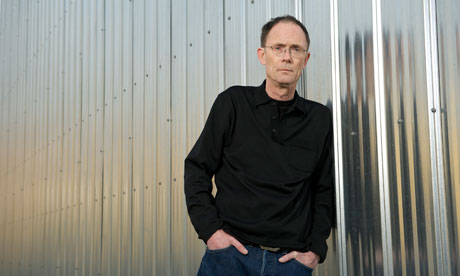 Sci-fi author William Gibson had a role in pioneering the idea of a transient book. Photograph: Christopher Morris/Corbis

In 1992, William Gibson, famed for the cyberpunk classic Neuromancer, published Agrippa (a book of the dead), with visual artist Dennis Ashbaugh. The artist's book was printed in photosensitive inks which gradually faded on exposure to light, while Gibson's contribution, a 300-line poem, came on a floppy disk, which encrypted itself after the first reading (although the text escaped and spread across the internet). Recently, a team at the Maryland Institute for Technology launched a competition to reverse-engineer the cryptography which obscures the book.
If digital cryptography isn't enough to hide a book for ever, physical inks still might. Argentinian independent publishers Eterna Cadencia recently released El libro que no puede esperar (The Book That Can't Wait), an anthology of new writers printed with ink that disappears in two months. As the publisher noted, books are patient, waiting for us to read them: good for us, not so good for new authors in need of attention. Most reactions to this experiment have been negative, not least because the proposal seems to invert the primary quality of the physical book: its persistence over time. While ebooks are often characterised as lightweight and transient, we are also horrified by aspects of their persistence, such as their ability to be "tracked" – see the controversy in these pages recently over analytics in ebooks. And the persistence of books is a myth in any case: acidic papers, weather and age conspire to yellow much of our literary heritage.
My favourite page on the music tracking site Last.fm is the one listing user's deleted tracks: songs they've definitely listened to, but chosen to erase. Predictably, Adele and Lady Gaga figure prominently. If the internet is a medium of memory, what does it mean to forget a book? One of the advantages of ebooks might in fact be that they are easier to move on from, to delete, to forget, preventing us from getting bogged down in bad books and past selves, and, as Eterna Cadencia want us to do, move on and discover new things.
Posted by Beattie's Book Blog at 12:21 pm