Shirley Conran: all hail the queen of the bonkbuster

She'll be 80 this year but the writer is still the feisty, outspoken champion of feminism that she was 30 years ago, when her world-famous bestseller, Lace, first hit the shelves and raised the eyebrows of a generation 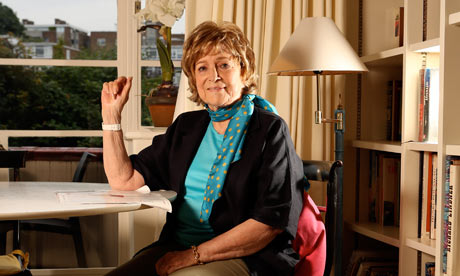 Naturally, I had hoped to find Shirley Conran, whose best-selling bonkbuster Lace celebrates its 30th birthday this year, holed up in Monaco with a biltong tan, a toyboy lover and a drinks trolley the size of a small yacht. But no. Apparently, I can put the kaftan and the Jackie O shades away for now. According to her publicist, Conran lives here, in deepest Putney, south London, in a 1930s mansion block in a private cul-de-sac so eerily quiet that it can only be a matter of seconds before a concierge appears from behind a privet hedge and wrestles me to the ground. In the dripping rain, I reach for her bell. Can her flat – I picture it replete with leopardskin throws – really be inside this Poirotesque retirement home?

Safely inside, though, my disappointment evaporates in as long as it takes Conran to make a pot of coffee. For one thing, her apartment is photo-shoot pristine: white walls, white sofas, white drapes, all contributing to a decorative theme we might describe as Fifth Avenue meets Barbados. For another, there is Conran herself. She will turn 80 later this year, but you'd never know it. It's not only her peachy face ("I had my chin and my eyelids done when I was in my 50s," she announces, even before I've turned on my tape recorder), it's her way of thinking, too. Five minutes into our conversation and she's describing the favourite sexual fantasy of British women and why it isn't for her (we'll come back to this, fear not). Ten minutes in and she's recommending a method for finding out whether one's husband is being unfaithful. By the time we've been talking for 20 minutes, we will have touched on masturbation, transvestite husbands and, more prosaically, what she regards as the last taboo for women: the subject of money and how best to get their hands on it.

But first, we must talk about Lace. To mark its birthday, the novel is being republished by Canongate with a new afterword by the author and a wild new cover (cross an old Duran Duran video with an 1980s billboard for Rimmel cosmetics and you're about halfway there). "Oh, it's a fabulous cover, don't you think?" says Conran, with a broad smile. Is thrilled it's being republished? "Yes. Canongate have been wonderful. They've allowed me to write the word 'masturbation' back into the copy. When Lace was first published, Michael Korda [the publishing giant who was Conran's editor] said the world wasn't ready for it. We had to use a polite euphemism. But now we have the verb."
She sips her coffee contentedly. "What I really feel is that, unfortunately, Lace is still relevant." Things haven't moved on for women in quite the manner she hoped they would. "Girls are still expected to be perfect. Boys see girls Essex-ed up to the eyebrows and that's what they expect: no pubic hair and I dread to think what else."

Full piece, (which having worked with Shirley on a number of occasions during NZ book promotional visits, I found fascinating), can be read at The Observer.
Posted by Beattie's Book Blog at 6:11 am