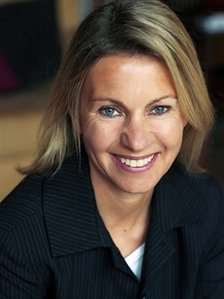 A new sponsor for the Orange Prize is set to be announced in September, after 18 companies expressed an interest in backing the women's literature prize.

"I'm delighted and thrilled by the level of interest," the prize's honorary director Kate Mosse told the BBC.
Mobile services company Orange announced in May that it was ending its 17-year sponsorship.
The £30,000 prize recognises English language fiction written by women.
Novelist Mosse said that "serious conversations" were still taking place with potential sponsors, but nothing was yet finalised.
She said the Women's Prize for Fiction board hoped to be able to keep to a timetable - announced in May - of having a new sponsor in place by September.
When Orange announced it was ending its sponsorship - to focus its brand on the film industry - Mosse wrote an open letter inviting potential sponsors to get in contact.
She said 18 companies had come forward and she had spent six weeks in meetings with potential sponsors "listening to their ambitions for the prize".
"When we announced that the partnership was at an end, of course you hold your breath, these are difficult times," said Mosse, who co-founded the prize in 1996.
She said there were plans to grow the prize internationally.
"It's the first time that we've taken stock in 18 years. It's meant that we've been able to think about what we want to achieve in the future.
"Do we really feel that we can roll this out all over the world? Yes, we probably can."
This year debut US novelist Madeline Miller won the 2012 Orange Prize for Fiction with The Song of Achilles, a story of same-sex romance set in the Greek age of heroes.
Previous winners include Tea Obreht for The Tiger's Wife (2011), Barbara Kingsolver for The Lacuna (2010) and Lionel Shriver for We Need to Talk About Kevin (2005).