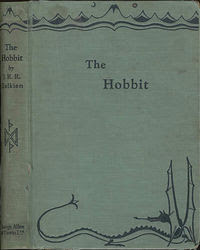 Kiwi director Peter Jackson has won the battle for Middle-earth and is set to make two movies based on The Hobbit.
The Dominion newspaper report today that the Oscar-winning Wellington film-maker and Hollywood studios New Line Cinema and Metro-Goldwyn-Mayer Studios today announced they had resolved their legal dispute.
Jackson and partner Fran Walsh will serve as executive producers on two Hobbit movies.
Pre-production will begin as soon as possible and both will be shot simultaneously, tentatively in 2009. The Hobbit is likely to be released in 2010 and the sequel in 2011.
Jackson sued New Line in 2005 for unpaid profits, estimated to be about $US100 million, from the Lord of the Rings trilogy, which became a stumbling block to his being involved in The Hobbit.
Jackson and New Line said in the announcement they had settled all legal action.
"I'm very pleased that we've been able to put our differences behind us, so that we may begin a new chapter with our old friends at New Line," Jackson said.
"We are delighted to continue our journey through Middle-earth."
A decision still has to be made on who will direct the films, who will be cast and where they will be filmed.
Critics and audiences cited New Zealand's scenery - a major component in The Lord of the Rings - as one of the main reasons for the films' popularity. Equally popular were the Oscar-winning effects created by Wellington's Weta Workshop and Weta Digital.
Many websites dedicated to The Lord of the Rings have said they not only want Jackson to make The Hobbit, but that it is equally important that the Weta teams be involved.
The announcement also heralded a significant agreement between MGM - which has zealously held the rights to filming The Hobbit for many years - and New Line.
Jackson said MGM chairman and chief executive Harry Sloan helped him reach an accord with New Line.
New Line co-chairman Bob Shaye said the studio was pleased to have resolved its differences with Jackson and Walsh.
"We know they will bring the same passion, care and talent to these films that they so ably accomplished with The Lord of the Rings."
Sloan said they would now focus on assembling the team to make the two films.
The Hobbit cover above is from the original 1937 edition of the Tolkien book, taken from the Wikipedia website.
Posted by Beattie's Book Blog at 9:11 am