By Amy Virshup
Published in The New York Times: December 20, 2007
Anyone looking through publishers’ catalogs might be convinced that the book industry has dispensed with December, as many companies go straight from the blockbusters of November to the take-a-chance books of January. Still, a small group of authors (including a Nobel Prize winner and a couple of perennial best-seller writers) dare to hit the shelves this month. In a couple of cases the books listed below aren’t officially published until January, but they’ll be in the stores before the new year. 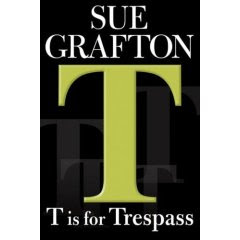 T IS FOR TRESPASS
By Sue Grafton
387 pages. A Marian Wood Book/G. P. Putnam’s Sons. $26.95.
The 20th installment in Sue Grafton’s abecedarian series starring the private investigator Kinsey Millhone has a newly single Kinsey filling her days with the routine chores of the private-eye world: serving deadbeat tenants with eviction notices, trying to find witnesses to an automobile accident. But when her elderly neighbor Gus Vronsky falls and dislocates his shoulder, she gets drawn into the machinations of his new caregiver, who goes by the name Solana Rojas. And why won’t that man with the white hair come forward to tell what he knows about the car crash? Despite much evidence to the contrary (in this and the previous 19 books), Kinsey notes at the tale’s end that “I prefer to focus on the best in human nature: compassion, generosity, a willingness to come to the aid of those in need.”

BEETHOVEN WAS ONE-SIXTEENTH BLACK
By Nadine Gordimer
178 pages. Farrar, Straus & Giroux. $21.
In this slender volume of stories, history is the uninvited guest. Whether it is an aging white academic and former anti-apartheid activist searching for his relatives, who may be black, or a widow trying to fill in the blanks of her dead husband’s life, Nadine Gordimer’s characters are haunted by what has come before. As Frederick Morris notes to himself in the title story, “History’s never over; any more than biology, functioning within every being.” (Ms. Gordimer’s biology point is perhaps made in the book’s second tale, which is told by a tapeworm.) Ms. Gordimer won the Nobel Prize in Literature in 1991; this is her 11th volume of stories. 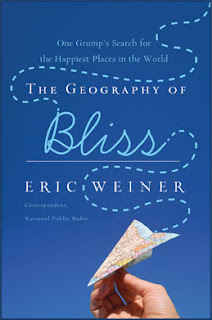 THE GEOGRAPHY OF BLISS
By Eric Weiner
329 pages. Twelve. $25.99.
Eric Weiner, a correspondent for National Public Radio, has spent most of his professional life (including several years at The New York Times) covering misery: war, natural disasters and the like. For this book, his first, Mr. Weiner tried something different — happiness. “With our words, we subconsciously conflate geography and happiness,” he writes in the introduction. “We speak of searching for happiness, of finding contentment, as if these were locations in an atlas, actual places that we could visit if only we had the proper map and the right navigational skills.” Mr. Weiner’s own navigational skills took him to places as far-flung as Qatar (living proof that money doesn’t buy happiness), Iceland and Bhutan in search of joy.

THE VENETIAN BETRAYAL
By Steve Berry
473 pages. Ballantine Books. $25.95.
In his previous Cotton Malone thrillers Steve Berry has done Knights Templar (“The Templar Legacy”) and ancient Egypt (“The Alexandria Link”). This time around Malone, the former government operative turned antiquarian bookseller, gets drawn into a plot involving the evil leader of the Central Asian Federation (Supreme Minister Irina Zovastina, who likes to wear a hat made from the pelt of a wolf she killed) and the lost tomb of Alexander the Great. For history buffs here’s one clue as to how Ms. Zovastina sees herself: She’s named her favorite horse Bucephalas.

THE CRAZY SCHOOL
By Cornelia Read
328 pages. Grand Central Publishing. $23.99.
At the start of Cornelia Read’s new novel Madeline Dare is teaching at the Santangelo Academy, a “therapeutic boarding school” for troubled teenagers run by the charismatic if more than a bit loony Dr. David Santangelo. Madeline is not without troubles of her own, as she tells readers early on: “I wanted to believe Santangelo could fix me, while he was at it. Who among us does not want to be shriven, to confess all, in the hope of being made clean and whole and new?” But when two of her students reveal their secret to her, Madeline gets drawn into a whole new set of complications.
LAST CALL
By James Grippando
326 pages. Harper. $24.95.
After taking a break from his Jack Swyteck series, James Grippando returns with another tale featuring Swyteck, a defense lawyer in Miami, and his best friend, Theo Knight, a former gang member, falsely convicted death-row inmate and now owner of Sparky’s Tavern (“a true dive, but it was his dive,” as Theo thinks to himself). Theo’s life seems to be on track, until Isaac Reems, one of his former gang compatriots, shows up at Sparky’s, fresh out of prison. (“I put myself on the early-release plan,” he tells Theo in the course of robbing him.) But who is going to believe that Theo had nothing to do with the jailbreak? Certainly not Andie Henning, the F.B.I. agent who just happens to be Jack’s former girlfriend. Both Mr. Grippando and Cornelia Read are members of the Naked Authors blog group.
Posted by Beattie's Book Blog at 5:03 am