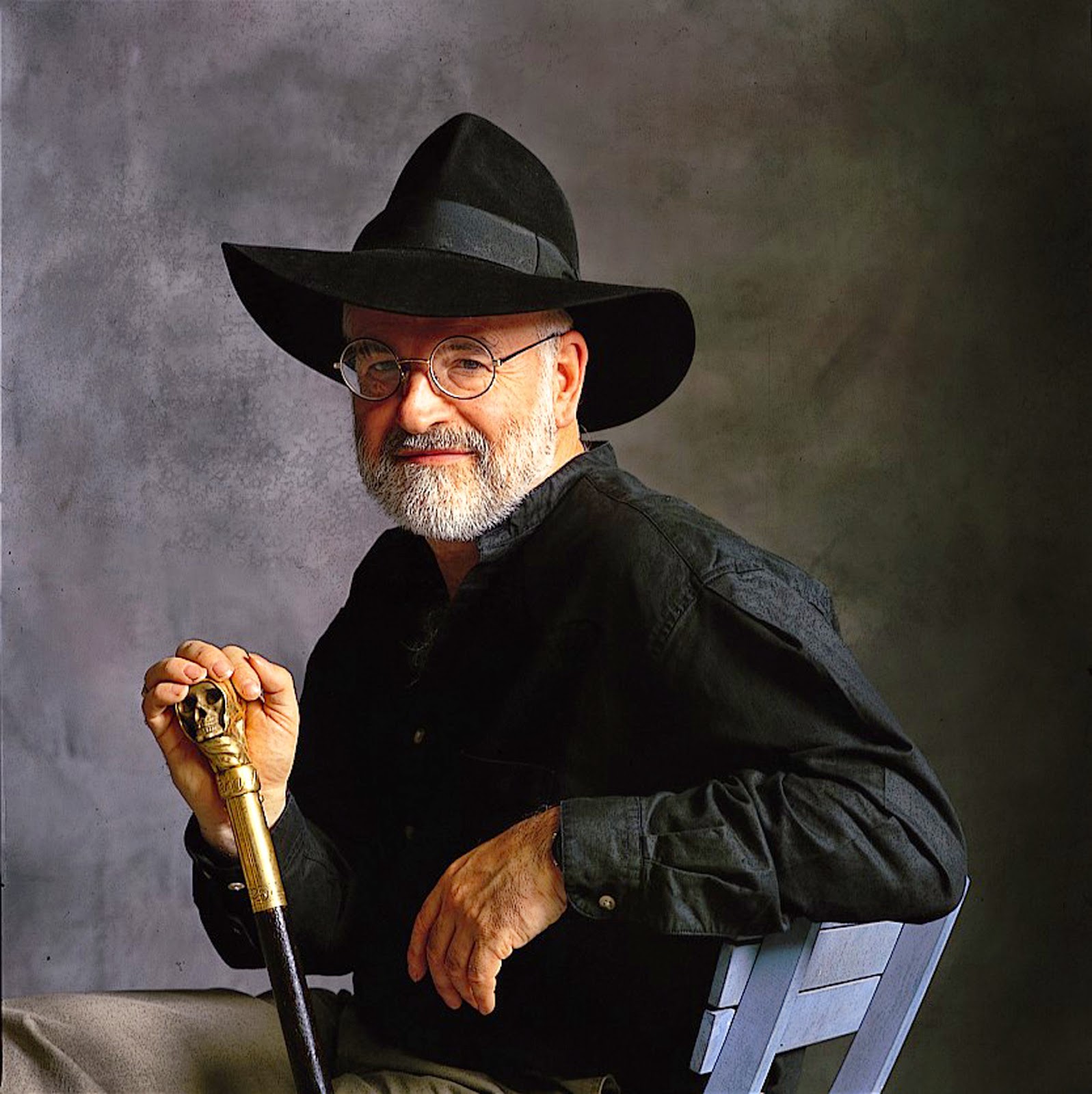 It is with immeasurable sadness that we announce that author Sir Terry Pratchett has died at the age of 66.

"I was deeply saddened to learn that Sir Terry Pratchett has died. The world has lost one of its brightest, sharpest minds.

In over 70 books, Terry enriched the planet like few before him. As all who read him know, Discworld was his vehicle to satirize this world: he did so brilliantly, with great skill, enormous humour and constant invention.

Terry faced his Alzheimer's disease (an 'embuggerance', as he called it) publicly and bravely. Over the last few years, it was his writing that sustained him. His legacy will endure for decades to come.

My sympathies go out to Terry's wife Lyn, their daughter Rhianna, to his close friend Rob Wilkins, and to all closest to him."

Terry passed away in his home, with his cat sleeping on his bed surrounded by his family on 12th March 2015. Diagnosed with PCA[1] in 2007, he battled the progressive disease with his trademark determination and creativity, and continued to write. He completed his last book, a new Discworld novel, in the summer of 2014, before succumbing to the final stages of the disease.

We ask that the family are left undisturbed at this distressing time.

Posted by Beattie's Book Blog at 9:00 am