DUNEDIN WRITERS AND READERS FESTIVAL MAY 5-10 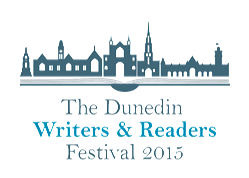 LITERARY GREATS TO CONVERGE ON DUNEDIN FOR WRITERS AND READERS FESTIVAL
Dunedin has a swag of top international and national authors converging on the city in May for the Dunedin Writers and Readers Festival (May 5-10).
Fiction lovers will be spellbound by Bangladesh born, Zia Haider Rahman whose debut novel In the Light of What We Know has the literary world buzzing. Foodies can enjoy the culinary wisdom of Stephanie Alexander, Australia’s food queen and author of the Aussie classic A Cook’s Companion and news junkies can get a fix with British investigative journalist Nick Davies who uncovered the News of the World Phone Hacking Affair.
Alexandra Bligh, Chairwoman of the Dunedin Writers and Readers Festival, says this year’s line-up is a celebration of literary diversity bringing lovers of literature, ideas and performance, a plethora of inspiring events.

“The Festival has acclaimed British memoir writers Damian Barr and Helen Macdonald; comic genius and classicist Natalie Haynes; acclaimed Irish poet Vona Groarke; and a stellar selection of  New Zealand writers such as Patricia Grace and Witi Ihimaera   – all doing what they do best … discussing ideas, opening minds and taking us to new worlds.
“But we are also throwing in the mix a stage adaptation of Virginia Woolf’s Mrs Dalloway by consummate performer Rebecca Vaughan; we are blending poetry with classical music to celebrate Lilburn’s centennial anniversary and drawing on the talents of Otago University’s Music Department for W.B. Yeats Centenary Lecture Recital.”
Championing its own authors, Dunedin, New Zealand’s UNESCO City of Literature, draws on a wealth of literary talent including resident crime writers Paddy Richardson, Liam McIlvanney, Rogelio Guedea and Vanda Symon, who will take sleuth aficionados on a crime ridden talking spree.
Poetry in the Pub promises to be a potent homebrew notwithstanding a touch of Mexican spice. Poets Louise Wallace, Peter Olds, Kay Mckenzie Cook and Mexican born Rogelio Guedea will inject ‘poetic’ into the watering hole’s licence.
Dunedin fiction writers Laurence Fearnley and Jackie Ballantyne will team up with NZ novelist Emily Perkins on the Writers’ Panel chaired by the ubiquitous fiction-writer, playwright and poet Fiona Farrell.
There are nearly 40 events over six days including the DWRF Literary Lunch Series - free events running from May 5- 8, providing greater community access. Children will be entertained on the popular Storytime train to Port Chalmers - serenaded by musicians, story tellers and stilt walkers. Young adults can speed date an author and there’s a host of writers workshops.

Dunedin will be showing off its architectural heritage during the Festival with venues that include the Regent Theatre, Fortune Theatre, St Paul’s Cathedral, the Dunedin Public Art Gallery, Toitu Settlers Museum, the Glenroy Auditorium and the Athenaeum.

The DWRF is thrilled to be putting on many events in association with a multitude of organisations including the Auckland Writers Festival, Dunedin Public Libraries,  the New Zealand Society of Authors, the New Zealand Book Council and the Department of Music and the Scottish Studies Programme at the University of Otago.

The DWRF could not have happened without funding from Creative New Zealand, Dunedin City Council, Otago Community Trust, University Book Shop, Lion's Foundation, Otago University Press, Marks and Worth Lawyers and JW Smeaton Chartered Accountants and many other supporters.

Tickets on sale now www.ticketdirect.co.nz or at Dunedin’s Regent Theatre