GREENAWAY SHORTLIST CELEBRATES THE ILLUSTRATORS' ART, FOR READERS OF ALL AGES
Ink and photoshop, watercolours and wax crayons, papercuts, and even beetles and breadboards: an enormous variety of techniques and art styles are celebrated on the eight-strong shortlist for this year's CILIP Kate Greenaway Medal; the UK's most prestigious prize for children's book illustration, and the only one to consider illustration exclusively.
Previous winners Catherine Rayner and Emily Gravett have again impressed the judges with their skilful command of paint, layout and narrative; 2010 nominee Viviane Schwarz is back, her bold cats literally exploding from the pages; Petr Horacek and Vicky White both illustrate animals too, vividly, but in very contrasting styles: his puffin is rendered in bright, bright acrylics and wax, while she uses charcoal, paint and pastel to equally stunning effect. Meanwhile Rob Ryan's exquisite papercut illustrations perfectly match Carol Ann Duffy's text in The Gift.
This year the shortlist highlights the importance of illustration in books for older readers: Dave McKean's extraordinary piece of graphic storytelling is integral to David Almond's Slog's Dad; Jim Kay's atmospheric and textured images are an organic and vital element of A Monster Calls (also shortlisted for the CILIP Carnegie Medal). 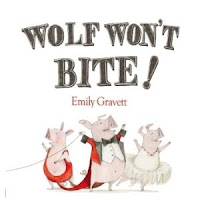 Commenting on this year's shortlist, Rachel Levy, chair of the CILIP Kate Greenaway judging panel says:
"Choosing the CILIP Kate Greenaway shortlist is always very difficult and this year there was a longlist of no less than 55 books. Our final shortlist is extraordinarily varied, eight books with very different artistic styles. Yet each book offers a superb and rewarding visual experience, exactly what the Kate Greenaway Medal sets out to highlight."
The CILIP Kate Greenaway Medal, established in 1956 and named in honour of the distinguished illustrator is awarded for "outstanding illustration in a children's book". Sister award to the CILIP Carnegie Medal, it is judged by an expert panel of children's librarians from the Youth Libraries Group (YLG), and follows the same unique process of nomination, and judging. Since a bequest left in 2000 by children's book and illustration collector, Colin Mears, the winner receives a cheque for £5,000 in addition to the coveted medal. Distinguished former winners of the CILIP Kate Greenaway Medal, include Shirley Hughes, Raymond Briggs and Quentin Blake.
Both the Kate Greenaway Medal and its sister award, the Carnegie Medal are awarded annually by CILIP: the Chartered Institute of Library and Information Professionals. The 2012 winners will be announced at a ceremony at London's Barbican Centre on Thursday 14th June.
Posted by Beattie's Book Blog at 6:00 am