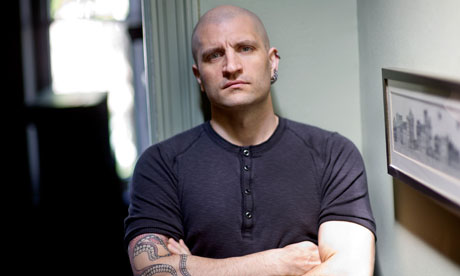 Miéville – who won the prize in 2001 with Perdido Street Station, in 2005 with Iron Council and in 2010 with The City & the City – is nominated for Embassytown, a deep-space exploration of language, truth and identity which was shortlisted for the British science fiction awards earlier this year. His 2002 novel The Scar was also nominated for the prize, which is awarded to the best science fiction novel first published in the UK in the previous calendar year.

According to the chair of the judges, Andrew M Butler, there's no reason why the prize shouldn't be awarded to Miéville again.

He laughed off the suggestion that the prize would have to be renamed the "C Miéville award" in the event of a fourth win, and paid tribute to the strength of the other books on the shortlist.

"It's got something for everyone: alien contact, post-apocalyptic disaster, near future cyberpunkish police procedural," he said, adding that the variety demonstrates the health of the SF scene. "It's exciting because you can't fit it in a box."

The other representative for hard SF on the list is Greg Bear's Hull Zero Three, which opens with a man waking up bereft of his memories in a chaotic spaceship filled with killing machines and hurtling towards some unknown destination.

Jane Rogers makes the shortlist with her dystopian novel The Testament of Jesse Lamb, which was longlisted for the 2011 Booker prize, while Drew Magary conjures up a nightmarish world in which ageing can be cured in The End Specialist. Sheri S Tepper gives the apocalypse an environmental twist with The Waters Rising.

Charles Stross completes the shortlist with Rule 34, a thriller written in the second person that riffs off the internet meme that "pornography or sexually related material exists for any conceivable subject".

The list is "pretty bleak", admitted Butler, but said that this only reflects the world around us.

"We're in a dark place at the moment and SF writers are responding to that," he said. "These are not books to turn to for escape – they're not afraid to confront the dark side of life."

Things will turn brighter for at least one of the shortlisted writers on 2 May, at an award ceremony due to be held in London. The winner will receive a cheque for £2,012 and a commemorative bookend.
Posted by Beattie's Book Blog at 4:19 pm