1.An hour with Vikram Chandra.

A serious hour suitably seriously chaired by the serious Ian Wedde in which the author read from and talked about his three books.

I hadn't planned on attending this but Annie persuaded me to do so after we heard much about Carolyn Burke's Dachau slideshow the day before.

The session, most ably chaired by Harry Ricketts, featured biographers Carolyn Burke and Patrick Marnham reading from their books and talking about their subjects, Lee Miller and Mary Wesley. Both authors knew their subjects, which gave their comments added interest.

It was a fascinating hour which resulted in further book purchases!

It was my great pleasure to chair this session which featured three first-time NZ novelists - Rachael King (The Sound of Butterflies), Paul Cleave (The Cleaner) and Paul Shannon (Davey Darling) - who spoke about the highs (there were many) and lows (there were few) of being a first-time novelist. They alkso ranged across such matters as choosing titles, the part that plot and character play in their books, reviews, research, and future work.

It seemed from where I was sitting that they were refreshingly honest in their comments and it was a joy to witness their excitement and pleasure in describing the arrival of their advance copies, their first reviews, and seeing their books in the bookshops.

Paul Cleave's second novel, The Killing Hour, has just been published while Rachael King and Paul Shannon are both well into the writing of their second titles. 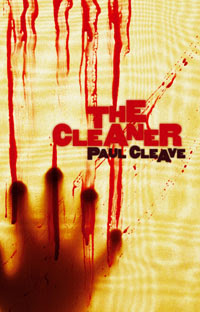 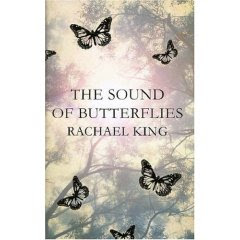 Posted by Beattie's Book Blog at 8:49 am

Cheers for yesterday and slight correction ... my second novel "The Totem Hole" is finished and at proof/cover stage with the publisher ... It will be published by Penguin in October.

I enjoyed Three Novice Novelists but would like to give a small piece of advice to Paul Cleave. You are a talented writer Paul,I have read The Cleaner and plan to buy your second book this week,so there is absolutely no need when on a panel to constantly play the funny man. I got rather tired of your corny responses to the Chairman's questions as did those people sitting around me.