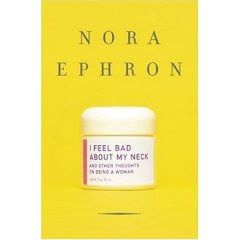 The first two came from my daughter in NYC (bought from Amazon) and are a birthday gift.

The Little Book of Plagiarism Richard A. Posner Pantheon US $10.95

Norah Ephron is best known for her hugely successful screen plays – When Harry Met Sally, Sleepless in Seattle, You’ve Got Mail and many others. She also has several collections of essays and a novel to her credit.

I’ve yet to read this one completely but I have to admit I opened the parcel at the post office and before I knew it I had read three chapters! It is a memoir I guess, dealing with the tribulations of life and it is absolutely hilarious. Here are some of the chapter headings:
I Hate My Purse
Serial Monogamy
On Maintenance
Parenting in Three Stages
Me and JFK: Now It Can Be Told

Annie is going to love this book

Richard Prosner’s “little book” is quite a different matter all together. It is literally little, about the size of a pocket diary, but it deals with a very big issue, plagiarism. Prosner is a judge on the US Court of Appeals, a senior lecturer at the Chicago Law School and is widely published. He has been called one of the top 20 legal thinkers in America.
This is a subject of major importance in the arts so once this weekend’s Auckland Writers & Readers Festival is over I’ll read Prosner with much interest. 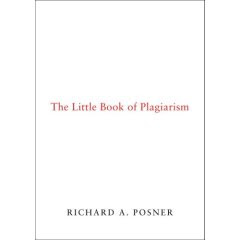 The third book has come from Finlay McDonald at the Sunday Star Times and is for review in June. 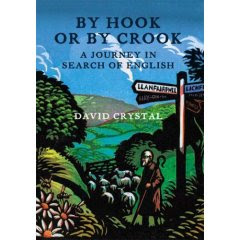 More about that title in a couple of weeks but it does look fascinating.

And the fourth title, bought from an out of town bookseller, is The Diving Bell and the Butterfly Jean-Dominique Bauby Harper Perenniall NZ$20.00

This book was published 10 years ago and in the time since first publication so many friends and fellow booklovers have said to me “you must read this astonishing book”. Sometimes I must admit to feeling like I'm the only person left in the world who hasn't already read it. So now I own it and once read I’ll be saying more but I can tell you now that the author's introduction is rivetting.
Posted by Beattie's Book Blog at 8:57 am