The trouble is there is so much going on day and night at the Festival at Auckland that I haven't time to write about it !! I suggested to Paul Reynolds, (one of the geniuses behind McGovern Online who created and sponsor the Festival website), that Broadband Wireless need to be availabe on site so that we scribes can write up events on location. Next Festival perhaps?
The first day was a triumph with huge crowds thronging Auckland's Aotea Centre. More than 1500 punters there last night for Opening Night Global Reach featuring international stars Lionel Shriver, Kate Grenville, Richrd E Grant, Tim Winton and Pico Iyer. More about that anon.
I have to say that for my money the star turn of the first day was C.K.Stead who talked about a

nd read from his latest novel, My Name Was Judas.
Stead is a towering figure in contemporary New Zealand literature and it was a privilege to be present at his erudite, articulate, fascinating and compelling performance yesterday. Annie whispered to me during his address, "he's brilliant". And I had to agree. 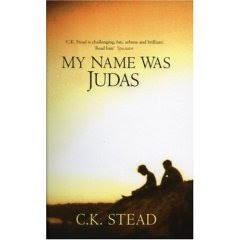 Here is what Linda Herrick had to say about C.K.Stead and other events in this morning's New Zealand Herald.


Opening Night Global Reach
What a lineup, such a lineup in fact that both the stalls and the circle in the Aotea Centre were packed. and with one exception these five writers were all captivating in their own ways.
The exception was Lionel Shriver. I found her performance most disappointing. She completely misjudged her audience by beginning with a rambling and disconnected discourse about foreign authors "abusing" the USA in their writings and then read, rather badly, a piece that was far too long from her latest novel, The Post-Birthday World.
The other four were all great with actor/director/author Richard E. Grant drawing much laughter with his readings from his Wah-Wah Diaries.
Time to head off to the Aotea Centre again and I haven't even mentioned the other two sessions I attended yesterday:

How to Drink a Glass of Wine with three NZ wine writers - Michael Cooper (polished & professional), John Saker (refreshing & personal)), Keith Stewart (disagreeable & patronising). The only problem here was we really needed a glass of wine to sup as we listened! 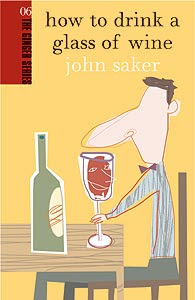