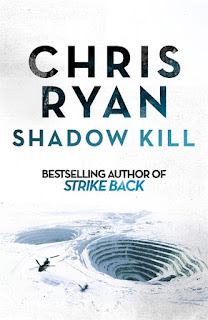 Strikeback hero John Porter is sent on a mission with Regimental scallywag John Bald. Where Porter plays it by the book, Bald will always want to break the rules. They are sent to Sierra Leone to extract Ronald Soames, a former CO of the Regiment and now right-hand man to the President.

But when Porter and Bald arrive the Englishman has disappeared, leaving a trail of destruction in his wake.

Rebels are threatening to take over the country and its diamond mines - and to massacre all foreigners. Porter and Bald find themselves fighting shoulder to shoulder with the Regiment psychopath who is already embedded in the country.

What seems at first to be a battle to control Sierra Leone's diamond mines will turn out to about a much greater evil - and with a trail that leads back to both Westminster and the Kremlim.

About The Author: Former SAS corporal and the only man to escape death or capture during the Bravo Two Zero operation in the 1991 Gulf War, Chris Ryan turned to writing thrillers to tell the stories the Official Secrets Act stops him putting in his non-fiction. His novels have gone on to inspire the TV series Strike Back.
Posted by Beattie's Book Blog at 11:23 am